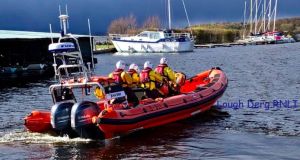 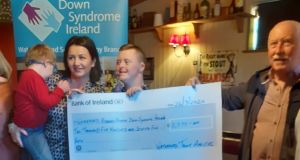 The last week of the season on Lough Corrib was one of mixed fortunes. Some found the going tough, while others were fortunate to find good fishing on dry olives and daphnia.

In the Cornamona area Jerry Carberry, guided by Tom “Doc” Sullivan, had two for his day, best 2lb.

Ted Wherry and Kevin Sheridan had three on dry olives for their day in Ballynalty Bay, best 3.5lb, while Galway angler Harold O’Toole had three in the Fly Island area, best 3lb.

Basil Shields of Ardnasillagh Lodge said his guests enjoyed good action mainly on daphnia. Carol Neill on two occasions caught three fish for 7lb and five for 6.25lb. John Maher had 42 fish over seven days all on daphnia, with the fish averaging 1.25lb.

*Waterford Trout Anglers’ Association held a charity competition during the season at Knockaderry Lake in Kilmeaden, Co Waterford, with proceeds of €2,575 going to Down Syndrome Ireland (Waterford Branch).

*A multi-million pound river restoration project to transform the river Dee in north Wales to improve declining fish populations in the area was launched recently by Natural Resources Wales (NRW).

The £6.8 million (€7.5m) cross-border project will bring multiple benefits to the environment, particularly improving the numbers of salmon, lamprey and freshwater pearl mussels, to become more sustainable in the future.

With a catchment of more than 695 square miles, the Dee is one of the most highly regulated rivers in Europe. Along with Llyn Tegid it has been designated a Special Area of Conservation.

Working in partnership with local communities, landowners and contractors, the project will include weir removal, fish passages, river channels and adapting farming and forestry practices.

Clare Pillman said: “It is the first time that NRW has put forward a river restoration project addressing multiple issues across such a large catchment to respond to the global challenge of biodiversity loss.”

*Make sure to watch the excellent 10-part series on Saving Lives at Sea next Tuesday on BBC2, which features Lough Derg RNLI crew rescue a man who fell overboard.

Real-life footage captured on helmet cameras gives a frontline view of how the charity’s lifesavers risk their lives as they go to the aid of those in danger.

Now in its fifth series, the 10-part documentary showcases the lifesaving work of the RNLI’s lifeboat crews and lifeguards from around Ireland and the UK. The series will air at 8pm and can be viewed later on BBC iPlayer.

Real rescue footage is accompanied by emotive interviews from the lifeboat crews alongside the people they rescue and their families.

In Tuesday’s episode viewers will see Lough Derg rescue a man who fell overboard in rough weather and an eerie night time launch in fog, alongside rescue stories from colleagues at other stations and beaches around our coasts.

Eleanor Hooker, helm of Derg lifeboat, said: “It’s great that we can showcase the lifesaving work of the RNLI in a TV programme like this. This year, due to Covid, fundraising events have been cancelled, and we’ve seen a drop in our charitable income. It’s great that with the Saving Lives at Sea programme our supporters can see what we do on a ‘Shout’.”

*Clifden RNLI was delighted to accept a cheque for €3,774 raised by the Connemara-based Twelve Bens Cycling Club after a testing fundraising encounter. On Sunday last 12 members undertook a challenge of 12 laps of the “Sky Road” loop along the well-known scenic route.

Event organiser Simon O’Hora said: “It was certainly challenging at times, but ultimately it was a rewarding endeavour, and we were really glad to have been able to raise this sum for the RNLI.”

A further €520 was raised in a bucket collection and the weary cyclists completed their epic challenge in 10 hours and 12 minutes.