Victorious Galway Bay bring their A game to The K Club 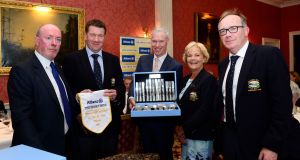 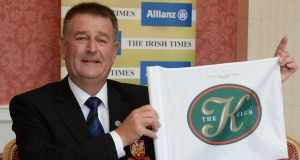 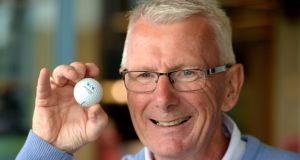 Whatever was in the air around the K Club had magical ingredients. How else can you explain the fact that two players at different holes experienced the sheer unadulterated bliss of shooting holes-in-one on the famed Arnold Palmer-designed layout – literally following in the footsteps of golfing legends – during the final of the Allianz Irish Times Officers’ Challenge.

For Kieran Gregory and Richard Cloke, their first ever aces were something to celebrate and to savour, even if ultimate glory in this unique team event headed westwards across the Shannon and on towards the edge of the Atlantic where a new national pennant will adorn the clubhouse walls of Galway Bay Golf Club who produced a stunning finish befitting any Ryder Cup to claim victory.

The iconic par-5 16th hole on the Palmer Course has witnessed its fair share of emotion through the years. Remember the tears of Darren Clarke when he closed out his singles win in the 2006 Ryder Cup? And Rory McIlroy’s miracle shot to the island green on his way to winning the Irish Open there in 2016?

Well, Mark Gantley allowed himself a sneaky look at the plaque on the fairway which reminded him that McIlroy’s approach shot measured 273 yards. Gantley’s intent was not so brave. He’d laid up with a rescue, leaving himself a nine-iron approach shot over the River Liffey to the green. Nevertheless, he felt his own pressure after his team-mate Donal Devery, playing before him, suffered the fate of many when his seven-iron approach plunged into the dark waters.

We can only imagine what was going through Gantley’s head. But Gantley displayed nerves of steel, calmly hitting his approach to 12 inches and tapping in for a birdie four (and four points) that was crucial in the bigger scheme of things, especially given that his two team-mates scratched the hole.

On the par-5 18th hole, it was Devery’s turn to provide the heroics. Following a drive which found the bunkers nestled on the dogleg, his next shot was planned with all the precision of a gambler performing surgery: the recovery flew towards the water’s edge and, with heart in mouth, the ball responded to his urgings by obediently coming to a halt just two feet short of the hazard. What followed was a wonderfully struck approach to 10 feet and a beautifully rolled putt for a closing birdie.

Eileen Clasby, the lady captain, also contributed when it matterd, most notably with a par (nett eagle) on the fifth and another par on the 10th, where she hit an iron approach to 20 feet and two-putted.

Those late birdies were to prove crucial in Galway Bay’s win, as the team’s total of 78 points (two from three scoring on each hole) gave them a two-point victory margin over Mount Juliet, who edged out The K Club on countback for the runners-up spot after both teams finished on 76 points.

“We qualified as runners-up from the regional qualifier which were played in apocalyptic conditions. We only managed 63 points that day but took a lesson out of Padraig Harrington’s book, that we were effectively only playing against half the field because so many wouldn’t handle the bad weather,” recalled Gantley. “We’re delighted with the win. The club had won this competition once before, but that’s old news now!”

And what of those holes-in-one? The first was achieved by Beech Park’s Gregory, who has been playing the game for almost 50 years. It was his first ever ace, and it came on the par-3 14th, the same hole where Paul Casey’s hole-in-one during the 2006 Ryder Cup was acclaimed as the shot-of-the-year on the European Tour. Casey used a four-iron that day; Gregory’s moment of magic came with a four-rescue.

“We couldn’t actually see it go in. It looked like the ball hit the flag. I’m a bit superstitious so I asked the others to look first and, lo and behold, the ball was sitting at the bottom of the cup. We’ve a running joke in my family about one of us getting a hole-in-one, so I couldn’t wait to text my sons over in England telling them the news,” said Gregory.

As if one ace wasn’t enough, a second duly arrived courtesy of Shandon Park’s Richard Cloke. And, like Gregory, it was also a first hole-in-one for Cloke. In his case, the hole-out came on the 12th hole where he too used a rescue off the tee.

In congratulating Galway Bay on their victory, Peter Kilcullen, the Chief Customer Officer with Allianz Ireland, commended the green staff at The K Club for the quality of the course and also thanked the teams – which feature men’s and ladies’ captains along with one other officer – for the important roles which they perform in their respective clubs.