Phil Mickelson: Hitting moving ball at US Open was ‘dumb’

‘I made a big mistake (at the US Open) and I wish I could take it back, but I can’t’ 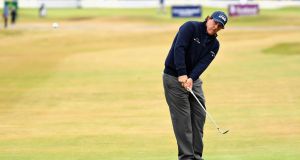 Phil Mickelson conceded he does a lot of “dumb stuff” after speaking at length for the first time about his controversial penalty during the US Open.

The five-time major winner was four over par for his third round at Shinnecock Hills when he badly overhit a putt on the 13th and, seeing that it would roll off the green, prevented that from occurring by running after his ball and hitting it while it was still moving.

A number of fellow professionals felt Mickelson should have been disqualified for a serious breach of etiquette, but the left-hander was given a two-shot penalty for breaking rule 14-5 and eventually finished joint 48th.

Mickelson told critics of his actions to “toughen up” after claiming he was simply using the rules to his advantage, but a few days later sent a message to a handful of American journalists offering his apologies.

The 48-year-old was also penalised for tapping down some long grass in front of a tee during last week’s Greenbrier Classic and, speaking after an opening round of 70 in the ASI Scottish Open, said: “I’ve had a rough month. I haven’t been my best. So I’m working at trying to fix that.

“I made a big mistake (at the US Open) and I wish I could take it back, but I can’t. There’s not much I can do about it now other than just try to act a little better.

“The thing about this is throughout my career, 25 years, there have been a lot of times where I have had to be accountable for decisions I did not make. And the reason why this has actually been easier is it was my own fault.

“You have to be accountable for yourself. I do a lot of dumb stuff, right.

“I have these moments where I’m like in a cloud, if you will, I’m not really sure what I’m doing or I’m just kind of going through the motions and not really aware at the moment, and I’ve done that a bunch in my career.“

Asked if his actions at the US Open were intended as a protest against the way the USGA had set up the course, Mickelson added: “There was just a bunch of stuff. But I had to let that go. It took me a few days to kind of let it go.

“Not only was I not great on the course, I was not great after the round, either. So it was just not a great day, and it was my birthday. So I tend to do dumb stuff on my birthday, too.

“At the time I was pretty angry. The way I show anger is not the traditionally accepted way of, you know, throwing clubs and berating the fans and marshals. I tend to be a little more passive aggressive in my actions, and that was kind of what I was doing.”

Mickelson also revealed that his potential $10 million shootout with Tiger Woods is “close to having some stuff finalised”, but that he and Woods would not be putting up the money themselves.

“I would hope for a sponsor,” he said with a smile.