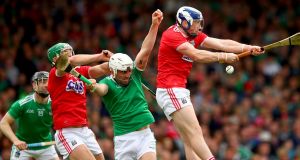 It hasn’t been a great start for Waterford. For whatever reason, they didn’t spark until too late against Clare and couldn’t catch up.

Then they showed a bit of fight against Tipperary but were still outclassed. I don’t expect them to roll over in Walsh Park against Limerick and there’s probably a kick left in them but the circumstances really don’t help.

Limerick arrive nearly as desperate for the points as Waterford. Having looked a step ahead of everyone during the league, the All-Ireland hangover, which I was prepared for later in the season, hit them with a bang on their first championship appearance and it feels a long time since they were winning the Division One title only two months ago.

They beat Waterford in the final and looked a world apart but that was in the wide spaces of Croke Park when they were on form. Sunday will be different and maybe the league win has softened their desire but if Limerick can’t produce a considerable improvement, their defence of the All-Ireland is in trouble.

Everything that was most impressive about them over the past 12 months disappeared, especially their strength in the middle eight. Kyle Hayes tried hard and there were flashes from Cian Lynch but the champions struggled for impact where they had been so dominant last year.

It was as if the whole programme had corrupted on the first afternoon. There was a lack of energy and Aaron Gillane, the best hurler of the league season, was replaced.

Only a stream of uncharacteristic wides from Cork as much as anything else kept Limerick in it. The warning lights are flashing for John Kiely but it’s hard to reset in this situation.

The big problem for Waterford is that they still aren’t scoring enough despite varying their tactics under Páraic Fanning. It looked to be going well in the initial stages of the league and they scored 13 goals in five games but in the quarter-final, semi-final and final – admittedly against Clare, Galway and Limerick – they managed just one, which even they would accept was a scrappy effort against Galway.

I think they’re lacking in a few areas. There’s too much effort for too little return. Jamie Barron has a huge work rate but, unlike two years ago, there’s not enough to show for it at the end of the day. They also need to sort out the free-taking, which has been erratic.

They also haven’t got much out of Austin Gleeson despite searching for the right role for him. Pushing him to full forward might be worth a shot. Their best period of play to date came when they went route one against Clare in Walsh Park.

The venue will suit Waterford and it won’t suit Limerick because it’s not the place for galloping and showcasing their athleticism. Ultimately, though, the champions need to win this and they are the better team so I think they’ll improve enough to do that but this looks far trickier than when the fixtures were published.

At the other end of the table two 100 per cent teams meet in Ennis. Tipperary have been excellent so far even if there are questions over how reliable the Cork form was in Páirc Uí Chaoimh, given how much they improved a week later.

But Tipp are the in-form team at the moment. They’ve been racking up big scores and playing very strong, forceful hurling from the back, using the ball well and moving quickly. Their touch and striking have been phenomenal.

Clare are also good so this will be a test. I sometimes get stick for dismissing them but I think they’re an improved team. They looked more solid at the back against Waterford even if there was a slight question mark over why they didn’t put the latter away earlier.

Their full-forward line of Shane O’Donnell, John Conlon and Podge Collins is dangerous without putting up huge scores. O’Donnell looks to have benefited from his break in the US and was very energetic against Waterford but Clare could do with him reacquiring the goal touch from 2013.

Cusack Park may be a factor as well. Despite its apparently spacious dimensions it doesn’t play big because the stands are right on top of the pitch. I remember drawing with Clare in 1985 – and we were lucky to get it – and the score was 1-8 each. In the replay we won easily.

It is possible that Tipp’s style will be cramped but there’s still a fair difference between the scores they have been putting up, average 2-29, and the 1-20 Clare got against Waterford.

Dublin are still just about in contention and have a big chance when Galway come to Parnell Park but they need to be careful not to let their attention wander on Sunday. Colm Bonnar has been doing a super job with Carlow and they were competitive against Galway and didn’t lose their nerve after a bad start playing Kilkenny.

They’ve probably been targeting this fixture for months but Dublin are more used to this and have the incentive that qualification is still in their hands.

The McDonagh Cup has been a great and really competitive championship but it’s sad 30 years after their famous All-Ireland semi-final that Offaly and Antrim are tussling in the shadow of relegation to Tier 3. Hurling is a meritocracy but can ill afford to be losing what were once front-line counties.