New managers face gruelling season with little to show for it 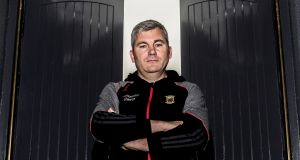 James Horan and Terry Hyland will return to the sideline and to familiar game day routines when they convene in Carrick-on-Shannon on Sunday for a low-key Connacht Football League opener.

Both have been around the block as managers but, on the first Sunday of 2019, they’ll begin fresh stints in charge of Mayo and Leitrim.

They are among a dozen senior football managers facing into their first seasons in new roles around the country, with nine of those – Anthony Cunningham, Paul Taylor, Paddy Tally, Mickey Graham, Padraic Davis, Wayne Kierans, Jack Cooney, Peter Keane and Benji Whelan – in charge of senior football teams for the very first time.

Throw in the eight other managers – John Sugrue, Paul McLoughlin, John Evans, Ronan McCarthy, Lenny Harbinson, Damian McErlain, Rory Gallagher and Declan Bonner – who have only completed one season in their present positions and you have 20 men with everything to prove this year.

The unfortunate reality for this group is that many will ultimately leave their roles empty-handed, and probably in three years or less.

Take the long-serving Mickey Harte out of the equation and the average amount of time spent in their present positions by the other 32 managers lining up on the 2019 grid is just 1.4 seasons.

Rewind the clock back five seasons and that figure is almost exactly the same at 1.3 seasons’ worth of experience heading into 2014.

It points to a brutal, time-intense and generally trophy-less existence that simply isn’t possible to sustain in the long-term for the majority of managers.

John Maughan, back on the frontline with Offaly after a decade away from inter-county management, admitted he was taken aback by the size of modern management teams, some of which stretch into the mid-20s, effectively leaving managers as the heads of small businesses.

“The job of managing, when I started off, they were training the team and they were organising the hotels, now you have operations managers and you have guys who kind of tick the box in all these areas,” said the much-travelled Maughan, who reckons it has gone a little “cuckoo”.

Those who are prepared to make the sacrifices on a long-term basis, effectively putting their own personal lives on hold for a matter of years, typically do so because their teams are successful.

Harte, Gavin, O’Rourke and Walsh have won provincial or All-Ireland titles while Collins and O’Brien have propelled Clare and Carlow up through football’s rankings. McGeeney has had his bright spots in charge of Armagh too.

Perhaps the most powerful statistic to emerge from the 2018 Championship regarding managers and the value of long-term appointments, relates to the composition of the Super 8s series; Bonner, in charge of Ulster champions Donegal, was the only manager in his first season to make the All-Ireland quarter-finals group stage.

That’s a depressing thought for all those new managers starting out in 2019, though Horan and Peter Keane will at least be hopeful of leading Mayo and Kerry to the Super 8s at their first attempt.

For managers like Harte, O’Rourke, Gavin and Walsh, the draw on their time is massive but the pay-off is deemed to be worth it.

Mick Bohan, a skills coach when Dublin won the All-Ireland under Gavin in 2013, spoke recently of receiving 2.30am e-mails from Gavin when they worked together. When Bohan would reply the following morning, Gavin would typically reply back almost immediately.

“You’d be thinking, ‘When does he sleep?’” said Bohan, who conceded that “I could not do it. I don’t know how he does it.”

There is a similar dynamic at play in hurling management, with eight of the 10 Liam MacCarthy Cup managers having completed two seasons or less in their present positions. The two longest-serving managers, Galway’s Micheál Donoghue and Brian Cody in Kilkenny, have won 12 All-Irelands between them, the sort of pay-off that makes those jobs sustainable.

Mattie Kenny, Páraic Fanning and Liam Sheedy are hurling’s new appointments for 2019, with Dublin’s Kenny and Eddie Brennan, the new Laois manager in the Joe McDonagh Cup, meeting on Sunday in the Walsh Cup. Fanning will also be in charge of Waterford on Sunday against Clare in the Munster Senior Hurling League.

Like their counterparts in football, their approach will be to throw everything at it in year one and two, and to then pause for breath and review.

The truth is they are already up against it and have most likely spent the last few months assessing dozens of players and drawing up preliminary panels, simply to get a squad together for January. The established managers, meanwhile, are merely tweaking and fine-tuning their setups.

“You’re given a first year to develop the team and then a second year to produce the goods and that seems to be the run of it nowadays,” said John Evans in 2013 after his first season with Roscommon. Ultimately, he lasted three years in that job and is heading into his second season now with Wicklow, the crucial second season that makes – but more often breaks – so many managers.

(Based on Liam MacCarthy Cup participants)