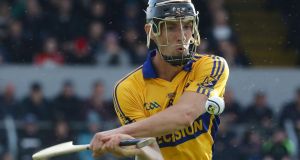 These great Limerick rivals provided a cracking Fitzgibbon Cup quarter-final which went all the way to extra time before a big crowd at the Mary Immaculate grounds.

Eventually Mary I prevailed after a classic contest which had the sides level on many occasions.

UL had the best start with a goal by Shane Golden after 10 minutes that had them 1-2 to a 0-1 in front and two minutes later they led 1-3 to 0-2 and a lopsided game seemed a prospect.

Mary I came storming back into contention and goals by Andrew Ormond and Garry Cooney game them a four point lead at half-time, 2-10 to 1-9.

It was nick and tuck throughout a thrilling second half and with Mary I a goal in front on 2-15 to 1-15 with eight minutes remaining it was still there for the taking by either side.

UL, under the management of former Limerick star Gary Kirby, battled back and three points without reply from the outstanding Cian Darcy had them level again at 2-15 to 0-18 at the end of normal times.

UL again made the best start in the first period of extra time and they opened a two-point advantage again thanks to Darcy who in total hit 16 points, 13 of them from frees.

Points by Tim O’Mahony and Ormond tied it all up again.

Mary I finished stronger and in the second half of extra time they tacked on points by Cathal Burke, O’Mahony (a sideline) and Cooney earned them a spot in the semi-final.

Tipperary’s Cathal Bourke hit 11 points for the winners, nine of them from frees but in the end it proved that goals win matches and Mary I’s supporters will be hoping to go the whole way this season.