UCD director of sport Brian Mullins planning for uncertainty, but upbeat on draw of sport 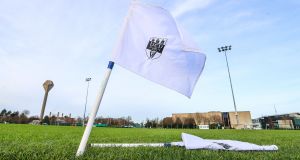 Although several sports have resumed activities, there has been an impermanent feel to the schedules with the shadow of shutdowns, caused by Covid-19 infection, ever present.

With all of the focus currently aimed at the return of schools and the sharp intakes of breath concerning its prospects of success, the situation for third-level education hasn’t yet triggered the same level of interest.

Given the widespread deployment of remote learning during the national lockdown and the expectation that it will continue to play a significant role in the sector, there is in parallel little clarity as to how third-level sport will function in this new reality.

The past academic year saw its sporting activities, like everything else, brought to a shuddering halt in mid-March and adjourned sine die.

This year, Brian Mullins – one of the most recognisable names in sport, as a key figure in Dublin’s All-Ireland winning sides of the 1970s and ’80s – marks 20 years as UCD’s director of sport and he sees the landscape as too difficult to assess with any conviction, as coronavirus shows little sign of abating.

“I’m involved with an organisation, called Student Sport Ireland, which has 30-plus educational institutions in its membership. We’re all just trying to plan for uncertainty and that means plans can change week to week and day to day. It will be at least the end of September before patterns emerge and adequate feedback gathered.”

With students due to return on September 21st, at least a couple of weeks later than usual, there isn’t the usual buzz of activity around campus and sports clubs have no firm idea of their likely intake.

“We’d normally have a week or two of recruitment activity when students sign up with clubs and we won’t know until then if sufficient numbers have registered to make activities viable.

“It’s an unclear picture. UCD are expecting 60 to 70 per cent of undergraduates or 80 per cent of postgraduates but I’m not sure where those numbers are going to come from.”

Although several sports have resumed activities, there has been an impermanent feel to the schedules with the shadow of shutdowns, caused by Covid-19 infection, ever present.

Mullins can, however, point to some encouraging signs within UCD in recent weeks despite the ongoing difficulties and he believes that the specific attraction of sporting involvement may be a factor in attracting students to the university.

“There’s definitely uncertainty about presence on campus but our rugby club here have been training for a number of weeks now and they’re getting full turnouts and students preparing for the coming season are enjoying it and want to continue – no different to GAA clubs around the country. Everybody wants to play and everybody wants to be involved. Students are no different.

“Our soccer team are competing in the League of Ireland and fulfilling fixtures as normal and our famous Super League, which was cut short in March, has been picking up again and playing matches for the past couple of weeks.

“We anticipate that of all the reasons students might come to campus, participation in sport could well be significant driver.”

On the national GAA stage, debate about splitting the season between club and county has been dominating the non-pandemic conversation – even if the unplanned for trial played out this year in response to the restrictions of lockdown.

He’s not inclined to day-dream about whether the notional new structure might benefit third-level Gaelic games by clearing more time at the start of the year even supposing the virus was to disappear in the morning.

“There’s nothing going to be gone in the morning – or in a month. This pandemic is here to stay and as the WHO say, it’ll be 18 months or two years before we’re going to be able to plan normal activities.”

Clearly sceptical about whether the split season will prove to be a panacea, he nonetheless welcomes the opportunity being taken to innovate.

“The pandemic has accommodated people improvising and thinking outside the box generally but I still think it’s too early to say whether it’s good or bad.”

Yet Mullins believes in the benefits of change and constant reappraisal.

“Back in the day when they introduced the back door and began tinkering with the All-Ireland series you got all sorts of people criticising and saying it was madness. I wasn’t in that camp because I think change and adjusting is a good thing and I think those changes were good.

He has also had the opportunity for hands-on involvement as manager of St Vincent’s footballers, who have reached the semi-finals of this year’s championship, and appreciates the engagement that at one stage didn’t seem possible.

“It was the only thing that was allowed and something that people welcomed in lockdown because it provided some light at the end of the tunnel. There were plenty of people doubting that it would get up and running the way it has. But I see this year as a temporary means of living with the pandemic in 2020 and that it’s a once-off.”

But did he not enjoy it with unhindered access to players and nice weather for a change?

“I’ve always enjoyed club activity! The way lockdown was going in April, we’re lucky to have it.”