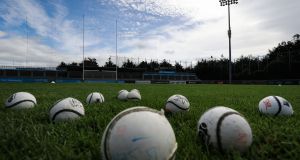 Dublin’s Clanna Gael say they have ‘unfairly paid a price for playing it safe’ after they requested a hurling match against Ballyboden to be postponed. Photograph: Inpho

What by rights should have been a fixture with no broad appeal has come to represent the dilemma of players, teams and officials, as sport negotiates its way around the demands of coronavirus-enforced restrictions.

Clanna Gael Fontenoys’ Dublin junior hurling quarter-final against Ballyboden St Enda’s was to have taken place last Sunday but having been made aware that one of the opposition team had tested positive for Covid-19, Clanna Gael withdrew from the fixture.

Their application for a deferral was ultimately turned down by Tuesday’s meeting of the county Competition Control Committee, which awarded the match to Ballyboden.

Wednesday’s statement from Clanna Gael set out the club’s issues with the decision: “One of the Ballyboden St Enda’s players tested positive for Covid-19 on Wed 19th August - just days before the game.

“That player had trained fully with the squad as recently as Sunday 16th - just seven days before the date (23rd) for which the game was scheduled.

“Clann’s team management and players only became aware of this matter on Friday 21st - initially through a media report. Player concerns immediately arose about the implications of the positive test result.”

The county board’s position is however clear. A statement from Dublin last Monday week drew attention to the public health guideline that the training partner of a player, who has tested positive is regarded as a ‘casual contact,’ unless deemed otherwise by the HSE.

It went on to say: “Those individuals who are clearly ‘close contacts’, like family members, should cease involvement with their clubs until tested. All others should continue as ‘casual contacts’ unless advised to the contrary by the HSE.

“However, I do accept that it is the prerogative of each club to adopt a cautious approach if they decide to suspend activity, but the DCB games programme will continue as scheduled.”

Clanna Gael chair Bernard Barron, however, defended the club’s decision not to play the match.

“Our players daily face a level of Covid-19 related risk in the lives they lead and the work they do; and they knowingly accept a level of risk in order to continue playing the game of hurling. They continuously balance their desire to play with that risk.

“However, their judgement, supported by the club, was that in this particular instance that level of risk should have been further ameliorated by deferring the fixture for a short period of time.”

There was also unhappiness in the club that the Raheny-Oliver Plunkett’s pool football match, due to be played a fortnight ago, had been deferred until Wednesday night (Raheny won) because of a Raheny player testing positive.

County board sources point out that in that case the test result became known only within 24 hours of the match, which meant the HSE hadn’t time to review the situation and determine if the incident had created ‘close contacts’.

Clanna Gael can take the matter farther, to Leinster Council and a decision on that will be made by the weekend after a players’ meeting.