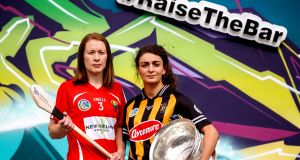 The sense that Kilkenny overtook Cork in last year’s All-Ireland final hasn’t been contradicted over the 12 months since. The champions repeated the dose in this year’s league final and Cork were even beaten in the Munster final last May by Limerick.

Form has recovered in the All-Ireland stages, winning all of their group matches and avenging the Limerick defeat before beating a decent Galway side in the semi-finals but there hasn’t been any indication to date that they’ve closed the gap. Injury concerns about Gemma O’Connor, who hasn’t been named to start, haven’t helped the mood music either.

The team still has plenty of experience in the likes of Ashling Thompson and Rena Buckley but if O’Connor plays no part, they’ll hardly win.

Kilkenny found Dublin obdurate opponents in the semi-final but put them away in the end and although subdued, the champions’ game was ticking over with sweeper Anne Dalton getting Player of the Match for an outstanding display.

The champions also have the cutting edge farther up the field with Player of the Year Denise Gaule and the Farrells to confirm superiority over their predecessors and rivals.