Nicky English: Galway to confirm status as best of 2017 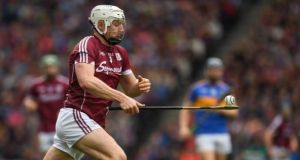 I have backed Galway all year, particularly since the league final when they were really impressive, but doubts have crept in over the last few weeks – not enough to change my mind but enough to make me less certain than I was.

It was understandable that getting over Tipperary in the semi-final would be a big issue for them and they were going to be favourites, but the level of anxiety they displayed frightened me.

If they can revert to the assured, relaxed style that has been a feature of their play up until August, the Tipperary match can be put down to the knowledge or assumption that the semi-final was going to be their ultimate challenge of the championship.

It was – so far. They didn’t deal well with being favourites, and by the end they were back to being a Joe Show, which was another reason to leave me a bit spooked. I imagine Darragh Fives, who is in serious form, will pick up Canning and man-mark him for 70 minutes.

Tipp paid the price for letting him drift; Waterford won’t take that chance, and Galway will have to cope with that.

The other worry for Galway is that their record in this fixture is not good, which is probably the reason why Waterford have no fear of them, compared to the historical issues they would have had with playing Kilkenny in a final.

It cuts both ways, as Galway won’t be looking at this in the same way they would if they were taking on Kilkenny. They will also be wondering about Waterford, and how they failed to turn up for last year’s Munster final and were blown out of the water.

Even earlier this summer their Munster semi-final with Cork was poorer by a distance than any performance Galway have given this championship. We can supply reasons why it happened: they went away from a tried and trusted system on the day but the bottom line is that they didn’t perform.

In Waterford’s favour is the fact that beating Kilkenny in the championship – which Galway haven’t managed in five years and seven games – has done a huge amount for their faith in their own ability and playing system. They’ve proved to themselves that they can play it their way and beat the top teams.

Against Munster champions Cork three weeks ago they reverted to playing a sweeper and put up a huge score, 4-19, and that reflects the season as a whole. Their scoring rate has gone up and they’ve been getting goals.

Against the teams they’ve both played, Offaly and Wexford, Waterford have scored just as much as Galway, which is a bit of a surprise given the reputation of the latter’s forwards.

Ultimately, though, I think that Galway are all-round a stronger team, literally in the sense that physically no one has really been able to match them. Daithi Burke at full back has been a tower of strength, and Gearóid McInerney has been powerful blocking up the centre and even knocking over Pádraic Maher.

Austin Gleeson provides a different challenge, and I would switch Pádraig Mannion to man-mark him, releasing McInerney to take Brick Walsh, which would suit him better.

Up front they’ve had an average height of 6ft 2in, and that’s before Jonathan Glynn is mobilised for what I think will be a major impact.

They’re already very good at winning the ball in the air; we saw that against Wexford and Tipperary.

Goals have been an issue. A goal in the semi-final would have acted as a pressure valve on the anxiety they were feeling but they couldn’t get one. Going into the All-Ireland final they haven’t scored a goal since May.

Can they beat Waterford without scoring goals?

I don’t think they could beat Tipperary without goals but they did. This is primarily because they have a very good defence.

Their goalkeeper is dependable and the full-back line is a far more formidable unit than last year. They trust and understand each other, and as a result have been on top of all the forward lines they’ve played this year.

On Sunday you’re going to have Jake Dillon and Shane Bennett working themselves to a standstill, completely outnumbered by what is a markedly better defence than Cork’s.

It’s not going to be easy for Waterford forwards to win ball or to turn back the Galway defenders when they’re in possession and try to prevent them getting out. That could be costly given how well they use the ball. Against that, Waterford have had a superior bench impact in the forwards throughout the championship.

Galway also have a lot of potential up front that it wasn’t fully lived up to in the semi-final apart from Conor Whelan and Joseph Cooney. Joe Canning was exceptional in the second half but the other three were taken off, which isn’t the best preparation for an All-Ireland final.

Whelan in particular is a consistently dangerous forward even when not scoring as in the Leinster final and I expect him to have a big say.

Crucially they can all win their own ball, which is important because it’s an area where eventually Waterford completely dominated Cork. They were also able to push them around, for example Brick Walsh used his strength to give Mark Coleman, who’s a fine young hurler, a torrid time.

Midfield for me is going to be the key area. Johnny Coen and David Burke made an awful lot of mistakes against Tipperary, simple handling errors when their touch let them down. Burke failed to take several easy scoring chances. Brendan Maher and Dan McCormack won midfield in the semi-final and that kept Tipperary in it.

Neither McCormack nor Maher contribute in the scoring sense, but Jamie Barron and Kevin Moran have a monumental total for Waterford in the championship in 4-20 – an average of six points a game. For Galway, to lose midfield again on Sunday would involve a costly price tag.

Galway, though, have the physical power to limit those elements of the opposition game, and I’m prepared to accept that there were specific reasons for nerves against Tipperary. Their forwards’ scoring threat is also greater.

Galway have been the most consistent, high performing team this year, and I expect them to confirm that on Sunday.