Kilkenny in a good place ahead of national league quarter-finals 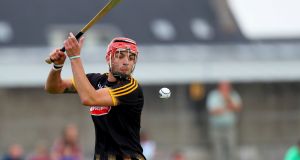 Kilkenny’s Darren Brennan has emerged as a top goalkeeper while sitting in for the injured Eoin Murphy. Photograph: Inpho 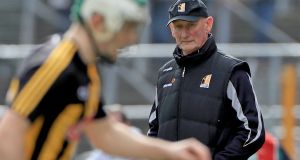 Kilkenny manager Brian Cody: “We lost both those games by three points. Which is obviously a small margin, to lose by, with a lot of inexperienced players.”  Photograph: Inpho

Of the eight teams in the Allianz Hurling League quarter-finals Kilkenny might well be sitting the prettiest. Come Sunday evening they might be sitting prettier again.

So fine were the margins in Division 1A, the top four teams all finished on six points – points difference, or head-to-heads, thus deciding the quarter-final pairings: beating Wexford by three points on Sunday paired Kilkenny with Offaly, albeit away, but who they beat at this stage two years ago by 24 points.

At the same time Wexford, having set the pace for so long, ended up third, paired with defending league and All-Ireland champions Galway. If Kilkenny and Wexford win on Sunday they’ll meet again in the semi-final, the momentum having swung back in Kilkenny’s favour.

Not bad for a team tipped for relegation after defeats in their opening two rounds, and around half of which have yet to feature in the championship. Big names such as Richie Hogan and Colin Fennelly have still to return to the fold, while Darren Brennan has emerged as a top goalkeeper while sitting in for the injured Eoin Murphy; Enda Morrissey, James Maher, Conor Delaney and especially Richie Leahy also appear to be getting better with every passing game.

Only not in the slight bit surprising to Brian Cody, his 20th season as Kilkenny manager sitting pretty already, especially given that influx of youth and inexperience.

“Not surprised, no,” said Cody. “I know after we lost out first two games, some were tipping us to be relegated at that stage. But we lost both those games by three points. Which is obviously a small margin, to lose by, with a lot of inexperienced players.

“We’ve now won three in a row, which is great credit to the players, and the panel. There’s an awful lot of inexperience there still, no doubt about that, and we’ve been competitive in every one of the games so far, and that’s the one thing we’ve been hoping we would be.”

Ger Aylward also started his first game in a year in Sunday’s win over Wexford: “A huge ask,” said Cody. “So they’re being tested, have to take serious positions on the team, and they’re certainly doing it.”

Tactically, Cody also looks to have shaken things up, especially in defence,building from the back, giving out the ball low: “It’s not even that, the reality is you play the game in front of you. It’s been spoken about, we were always been labelled as playing a particular way, but I don’t think that was ever true either. You suddenly get a name for doing different things, and if you have maybe two or three spare backs, you hand it over to the players, and like I said play the game in front of you.”

Originally, as part of the revamped master fixture list, the GAA’s Central Competition’s Control Committee (CCCC) had recommended doing away with the quarter-finals, and only playing semi-finals instead: had that been the case, the first three teams in division 1A (Tipperary, Kilkenny, Wexford) and the first in division 1B (Limerick) would have made up the semi-final pairings.

Instead, Central Council voted to retain the quarter-finals: however, should any of Sunday’s games finish level after 70 minutes they will go to extra-time; two additional periods of ten minutes; then, if still level, two more five-minute periods.

If still level after that, the game will go to a free-taking competition: each team will have five frees from the 65, to be taken by any five different players who featured on the day; if still level after five frees, the same five players keep striking until there is a winner.