O’Callaghan brothers in arms for Cuala’s cause 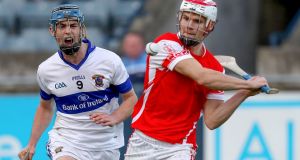 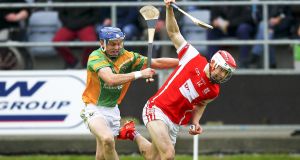 It can’t be easy being the brother of Con O’Callaghan. Especially the older brother. It’s bad enough being repeatedly asked what sets his younger brother apart; worse still when you’re occasionally mistaken for him.

Thankfully Cian O’Callaghan sets aside any sibling rivalry and instead heaps some gently ironic praise on his younger brother Con, who is now just one victory short of winning an incredible ninth title within the last 12 months – not forgetting his All Star and young footballer of the year accolades.

“Con is very much his own man,” says Cian. “He doesn’t really need to bounce ideas off me . . . Sure he’s wiser than I am. I think Con understands how important it is to have his two feet on the ground. It probably helps that he’s with the Dublin footballers, sharing a dressing room with the likes of Brian Fenton, Ciarán Kilkenny, lads who have gone through that extra attention, whether that be the media or the public. And he can also buzz ideas off them, how to best manage that.”

What is certain is that both O’Callaghans will play key roles as Cuala look to defend their AIB All-Ireland club hurling title in Croke Park on Saturday: Cian, 24, at full back, and Con, 21, at full forward. Both brothers know chances like this don’t come around very often, it at all.

Portumna were the last club to win back-to-back All-Ireland hurling titles, in 2008-09, although Cuala’s achievement might well surpass that: last year the Dalkey club became the first ever Dublin club to win the title outright, having also won their first ever Leinster title, all while still being considered the less fashionable area of Dublin hurling.

Everything has fallen nearly into place so far. Having helped Cuala get past Liam Mellows in the All-Ireland semi-final, a window suddenly opened for Con to get back on board with the UCD footballers, even though he didn’t feature in the earlier rounds: “I suppose he had shown an interest, from the start of the year, to play some Sigerson,” says Cian. “So he was going doing the odd kicking session with them, showing his face. And after they beat DCU in the quarter-final, that just opening up the possibility for him to play, and he grabbed that with both hands.

“Luckily for him he’s won a Sigerson Cup, and as far as competitions go, the college competitions are really high up on any players list.”

Back to St Patrick’s Day, when Cuala will make the short journey the city in a very different position to last year – then, they faced Clare champions Ballyea, a club with a loftier reputation, only for Cuala to emerge 12 point winners. All of Dalkey and the surrounding area got caught up in the hype, even if not everyone believed it; now, as All-Ireland champions, there is the hype and the expectation.

“It’s actually been a bit more subdued,” say Cian, “and I think the novelty factor has kind of worn off. As we’ve gone on, it’s been pretty much the exact same journey as last year. I’m sure behind the scenes there is still a lot of excitement, but it’s a hugely different dynamic, but you just manoeuvre with it, as best you can.

“Our hunger is massive, just as big, if not bigger than last year. You don’t want to be known as the team who won a fluky All-Ireland, or a fluky anything. But having said that Na Piarsaigh want it just as much as us, so it comes down to simple decisions on the day.”

Truth is there was nothing much fluky about Cuala’s win last year. Under manager Mattie Kenny, the former Galway selector, they got better with every game, Con, for example, scored 8-17 in his nine games with Cuala last year, adding another four points in the semi-final.

“Mattie came in four years ago, without any bias, no family ties, he was an outsider and everyone was picked on merit, and I think that was massive, especially our first year, to have that honest in decision making. And in the last three years he’s brought the team to a new level, no doubt about that. He makes the big tactical decisions as well, so he would take things personally as well.

One obvious difference between the brothers is that, win or lose on Saturday, Cian will return to the Dublin hurlers, Con the Dublin footballers, which if anything adds extra purpose to the game.

“This team won’t be together forever,” says Cian. “Lads move on, get married, and we want to win as much as we can. It’s is a big achievement to get back here, especially if you win. And the key word here is ‘win’.”