Shanahan impressed with Cahill’s impact on a resurgent Waterford

‘The intensity they’re playing at is unbelievable. I give Liam and the lads great credit for that’ 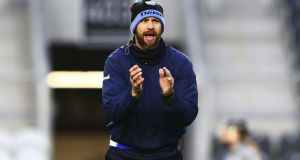 Dan Shanahan: “The players and the set-up are all there, it’s top notch.” Photograph: Ken Sutton/Inpho 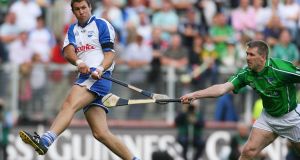 On a week like this, Dan Shanahan should be blinded by blue and white as he navigates his way up hill and down dale around Waterford.

It’s Munster final week and Waterford are back in the showpiece – aiming for a first title since 2010 as it happens, when Shanahan came on as an extra-time sub against Cork and pinged the decisive goal – yet you’d hardly know it.

“I deliver oil for Comeragh Oil and I’d be out around a lot of the houses and the estates, out in Dungarvan, Abbeyside, all around and it’s not like a Munster final week at all,” reported Shanahan.

“You’d normally have the ‘best of luck’ signs, the bunting and all the rest of it but it’s very, very quiet. Local radio are doing a good job of promoting it but it doesn’t feel the same.”

This, unfortunately, is sport in a time of Covid, life at Level Five, hurling 2.0.

As Mattie Kenny noted after Dublin recorded a telephone number score against Laois in the Leinster championship at Croke Park last month, the games themselves are different too, the scores more plentiful and the marking not quite as forensic.

“I read Ger Loughnane saying it’s not the same and he’s right, it feels like watching challenge games at times, it’s like Fitzgibbon Cup hurling nearly with no crowds and it’s very open and very high scoring,” said Shanahan.

“With the crowds there, would it be as high-scoring? Would the same amount of space be there? I think it would be different hurling altogether.”

All of which shouldn’t be mistaken for disinterest or apathy on Shanahan’s part. It’s still championship hurling and there’ll still be a Munster medal on offer this weekend. Shanahan has four of those medals, and there’s a story to tell for each one.

Rewind back to 2007, the last time Waterford and Limerick met in a provincial final – and incidentally only the third time ever – and Dan was the man on Munster final day.

He scored 3-3 that day and as Michael Lyster remarked on the live Sunday Game broadcast, “Dan Shanahan just savaged them basically”.

“To score 3-3 in a Munster final, it was up there with my best days for sure,” said Shanahan, Hurler of the Year that season. “I’m blessed, I had a few days like that with Waterford.”

Maybe Dessie Hutchinson will do the same to Limerick this Sunday, or Austin Gleeson or Meath native Jack Fagan. It’s a big ask though and Waterford’s record in finals since that 2010 Munster success is ropey to say the least.

Since then, they’ve played in four Munster finals, three league finals and an All-Ireland final and lost seven of the eight, beating Cork in the 2015 League decider.

“It’s there, it’s a statistic that I’ve heard going around, the seven final defeats but this is a different group this year, a different team,” insisted Shanahan, a selector under former manager Derek McGrath.

“This is Liam Cahill’s team and it’s amazing when an outside man comes in, they can lay down the law, they can do it their way and change the whole thing up, drop who they want, bring on who they want and really just put their stamp on it.

“I see the boys myself some nights training and the intensity they’re playing at is unbelievable. I give Liam and the lads great credit for that. The players and the set-up are all there, it’s top notch.”

The hope for Shanahan is that it’s a weekend of double celebration. He coaches the Waterford camogie team and they’re scheduled to play Tipperary in the All-Ireland quarter-finals on Saturday at Páirc Uí Chaoimh. At this time of year, much of the same principles apply in both codes.

“Look, you’re talking about a lot of rucks, dirty ball, work rate, a lot of games are coming down to that battle around midfield,” said the Lismore man. “There is a load of ball on offer there in those rucks, more than ever before, and it’s the team that comes away with more of it that’s going to be in a great position.”