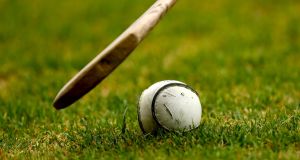 Naomh Eanna created their own piece of history with a magnificent four-point victory over reigning champions, St Martin’s, in a thrilling Wexford senior hurling championship final at Innovate Wexford Park.

Appearing in their first ever final, Naomh Eanna fashioned the most dramatic of victories with a huge second half display playing into a strong breeze.

Naomh Eanna were 1-7 to 0-7 up at the interval and although St Martin’s were always in touch, they never managed to hit the front after the break. The Naomh Eanna was marshalled brilliantly by Brendan Travers, Eoin Conroy, Jack Cullen and Eoin Molloy and when Cathal Dunbar fired home a 55th minute goal, the favourites were in serious trouble.

Three down at the break, St Martin’s had the benefit of a strong breeze in the second half and created a goal chance within 30 seconds of the restart when Barry O’Connor found himself in space through the centre. But goalkeeper Barry Kinsella made a superb stop with Conor McDonald then sending over a point off the sideline from the resulting clearance.

Growing in confidence, Naomh Eanna led 1-10 to 0-11 entering the closing five minutes when Cathal Dunbar created an opening to shoot low to the net. O’Connor had a shot for St Martin’s deflected over the bar but it was Naomh Eanna, with wing back Jack Cullen outstanding, who finished stronger to recorn one of the great schocks in Wexford club hurling.