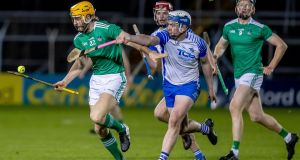 Limerick manager John Kiely has made two changes to his Munster championship winning side for Sunday’s All-Ireland semi-final against Galway. Séamus Flanagan, who made an impact in the provincial final win over Waterford after coming off the bench, comes in at full forward.

A regular starter in the All-Ireland winning team of two years ago, he replaces corner forward Peter Casey. The other change sees Darragh O’Donovan, another 2018 starter, comes in for David Reidy. O’Donovan starts at centrefield with Cian Lynch switching to centre forward where he played in the Munster semi-final win over Tipperary.

Opponents Galway are unchanged for the match, a re-run of the 2018 final, won by Limerick, after last week’s All-Ireland quarter-final elimination of champions Tipperary.

For Saturday’s semi-final Brian Cody has announced a Kilkenny team in which former Hurler of the Year Richie Hogan is listed to start, having scored a remarkable goal in the Leinster final defeat of Galway. All-Ireland winning forwards Colin Fennelly and Walter Walsh have been dropped after being taken off in the provincial final.

As well as Hogan, Billy Ryan returns at corner forward. The one other change sees Paddy Deegan return to the defence in place of Richie Leahy, who is injured.

Waterford have named the same side that defeated Clare last week in the All-Ireland quarter-final.