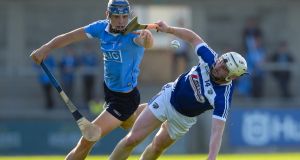 JJ Delaney may seem an unlikely source of inside information on Dublin hurling as they prepare to face Kilkenny in the Leinster championship. He’s not giving much away but it could prove telling nonetheless.

Dublin head to Nowlan Park on Saturday knowing a championship victory over Kilkenny is a rare thing: once in 77 years, to be exact, that being the 2013 Leinster semi-final replay, the same year Dublin won their first Leinster title since 1961. The last time Dublin beat Kilkenny before that was 1942.

Delaney’s nine All-Ireland titles with Kilkenny were won in a couple of different defensive positions, wing back and full back, and he reckons Dublin currently have the right man in their number three shirt in the shape of Eoghan O’Donnell.

Last year, Delaney came on board as assistant hurling manager at the now Technological University Dublin (TU Dublin, formerly DIT), alongside former Kilkenny goalkeeper David Herity, and one player to stand out in the Fitzgibbon campaign was O’Donnell, the Whitehall Colmcilles man also full back on the DCU team which beat TU Dublin in the Fitzgibbon Cup quarter-finals back in February.

“He’s very, very good,” says Delaney, which is not small praise. “Being involved with the DIT team this year [with Herity] we played DCU in the Fitzgibbon Cup two or three times, and he [O’Donnell] was brilliant.

“He attacks the ball, if the ball is in his vicinity, and I like him as a full back. He’s very tough, very strong, very, very quick as well, and well able to defend.”

Delaney also worked with other Dublin panel members, including forwards Eamon Dillon and Glen Whelan, and defender David Kehoe, at TU Dublin, and reckons the spine of the Dublin team under manager Mattie Kenny is strong, particularly in contrast with the current worries in Kilkenny

There are also doubts surrounding the fitness of former Hurler of the Year Richie Hogan, while former All Star defender Joey Holden has also sustained a hamstring injury since returning from All-Ireland winning club duties with Ballyhale Shamrocks.

For Delaney, a Sky Sports hurling analyst, this is essentially the spine of the team, Murphy’s absence being of particular concern.

“I don’t think any panel can afford to lose any players at the moment, especially not Kilkenny. Eoin Murphy has been the most consistent goalkeeper over the last three or four years as well.

“Conor Delaney got injured in the first round of the club championship as well. It something that you’re going to have to cater for. It’s out of Brian’s control, he’s going to have to deal with it.

“But that’s the spine of your team nearly gone there. Goalkeeper, full back, centre back, maybe centre forward. It’s still 15 hurlers against 15, and it could be an opportunity for Huw Lawlor to come back in full back there again. In the first half of the league he was very good there.  Even on John Conlon down in Clare, he managed him fairly well. John Conlon at the moment is probably the pick of the full forwards out there.

“So I would give Huw a go there if Conor is not back and leave Pádraig [Walsh] out on the wing there. Pádraig hits a lot of ball at wing back. He gets a couple of points as well. He’s too important for this Kilkenny team going forward.

“And your home games , you have to win them. You have to win every single one of them. And if they don’t win that one, Kilkenny have to go down to Wexford Park and get a result down there as well, which is going to be really tough.

“So it’s vitally important that they hit the ground running. Because you saw what Dublin did in the league. They can play tactically, they can play with a sweeper, they can play 15 on 15. It will be interesting to see what they bring to the table as well.”

One distinct positive for Kilkenny however is the return of those Ballyhale players, even if TJ Reid and Colin Fennelly are the only likely starters, Delaney reckoning Adrian Mullen may also play some role,

“He’s definitely an option for the last ten minutes, when the whole thing is a bit loose, he could come on a get a few scores. But it’s a bit too soon for him to start.”