From Carlow to Cork, who has what it takes on the long journey to lift Liam MacCarthy? 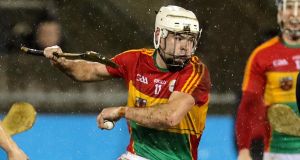 Between Martin Kavanagh’s equaliser against Galway and the heroics in the Offaly league play-off keeping them in the top division, it’s been a great year for the county. With their highest-level championship about to start, Colm Bonner is dealing off a deck of four senior clubs and inevitably, panel strength will tell against them in the tight schedules ahead. Discipline could improve.

A worthwhile league, topping the old Division 1A and rattling Limerick in the semi-final. Defence has been excellent with Eoghan O’Donnell impressing at full back but even though Mark Schutte and Conal Keaney are returning, the attack lacks elite menace. With Wexford and Galway due in Parnell Park and a wounded Kilkenny first up:, a top three placing looks viable.

Micheál Donoghue hasn’t had the luckiest of years to date. A costly defeat by Waterford in the league semi-final ruled Joe Canning out for at least the provincial matches. St Thomas’s club run concluded with a season-ending injury to Fintan Burke, expected to be a new face on the team. Joseph Cooney is back but a sense of faltering altitude prevails.

Material ever more thinly stretched and Brian Cody’s ability to make the best of it no longer guarantees anything beyond competitiveness. Injury plague, culminating in All Star goalkeeper Eoin Murphy being sidelined to go with All Star nominee James Maher and Cillian Buckley and others, not helping and, missing TJ Reid, they were the lowest scorers in Division 1A. Under pressure.

Signs so far that Wexford have rediscovered some of the 2017 spark, including reclaiming the initiative against Kilkenny, which will be useful in an ultra-competitive environment with trips to Parnell Park and Salthill. There are injury concerns with Diarmuid O’Keeffe struggling to be fit for the crucial opener against Dublin. Perennial conundrum of reconciling defensive system with attacking needs.

A league that showed occasional promise was undermined by poor defensive discipline and inaccuracies plus a thrashing by Waterford in the championship rehearsal. Possible tweaks include Jack Browne in his club position of centre back and there are welcome returns up front for All Star John Conlon and Shane O’Donnell, missing during the league. Still lacking ruthlessness in the endgame.

Suspected nontriers in the league with a few dismal results. Despite injury misfortune, very close to the going rate last year and also back-to-back Munster champions. They need to tighten up at the back and stop fading out at critical times. Farther up, they have the weaponry with top gun Patrick Horgan in good club form. Impressive in recent challenges.

Despite the almost endless showcasing of their panel strength, chances are the champions won’t be much changed, if at all, from last year’s first 15. A first league win in 22 years was built on the familiar physical robustness and fast-moving inter-play. Aaron Gillane was at times unplayable and they’re in pole position despite the challenges of the Munster championship.

After an underwhelming league, Liam Sheedy must be finding even his “can do” optimism a little strained. Core players, Pádraic Maher, Brendan Maher, Noel McGrath etc, have been on the road a while and the collective lack of pace has been much remarked on. Still, on song they have potency in attack and are likely to do damage to someone.

Tactically less structured under Páraic Fanning, Stephen Bennett has been prolific and Jamie Barron in excellent form. Further pluses for Waterford: a good league, even with the disappointing final, and the restoration of home matches, which as widely noted, changes the dynamic in Munster. But how will they cope when the heat gets turned up in the coming weeks?