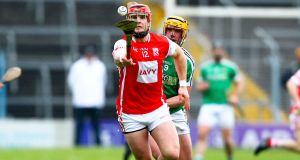 In front of 2,426 supporters Con O’Callaghan and David Treacy combined to fire the three-in-a-row Dublin champions into another final as Mellows fell away in the second half.

The free taking of Adrian Morrissey kept Mellows in touch at half-time as they only tailed 0-8 to 0-6 despite Cuala impressing, but five points in the seven minutes after the restart sent Cuala into the final where they will face Na Piarsaigh.

Captain for the day David Treacy - Paul Schutte was replaced by bother Mark before the game - opened the scoring after three minutes from the left, while Mark Schutte doubled that lead from the same side a minute later.

Morrissey got Mellows off the mark in the fifth minute, but O’Callaghan got up and running in the sixth minute when he made a yard to score, but a Morrissey free from halfway made it 0-3 to 0-2 after ten minutes.

It was at that point that Cuala’s game went up a level and they began to make the most of O’Callaghan’s pace and power. He hit two points in a row and was then fouled for a third.

It was hard to see Mellows recovering at that point as they failed to gain a foothold around the middle, but with Morrissey in superb free-taking form from distance they stayed in touch.

Kenny and Collum Sheanon added points for Cuala before the interval - all but one of their points came from open play - as the the south county Dublin club led 0-8 to 0-6 at the interval.

Straight from the throw in Cuala could have taken a massive step towards victory when Darragh O’Connell gathered the break at midfield and took off towards goal. A goal looked a certainty, but his batted effort off the stick lobbed over Kenneth Walsh’s crossbar.

Nevertheless, the reigning champions soon pulled further clear. Two frees from Treacy sandwiched a simple O’Callaghan point, while Treacy’s third free of the half made it 0-13 to 0-6 by the 37th minute.

Another Morrissey free kept Mellows in touch, although Sean Treacy’s point from play at the other end chalked out that effort after 43 minutes.

Morrissey again found his range and Aonghus Callanan tagged on a point for Mellows, but Treacy’s accuracy from placed balls meant Cuala had an easy canter to the finish line. Substitute Brian Fitzgerald slammed home a late goal to add further gloss to the scoreline.