Brian Cody confident Kilkenny will move through the gears 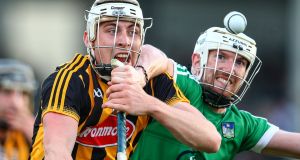 Brian Cody is standing with his back pressed against the wall of the Kilkenny dressing room, and he doesn’t look comfortable. This company is under pressure, and for all his powers of serenity, the boss knows it.

By next Saturday evening, one of the three original All-Ireland contenders – Kilkenny, Tipperary or Waterford – will be out of the race. The draw may play bit some role, and for now that Kilkenny are still there is the best Cody can hope for.

“Obviously, the result here was everything,” says Cody, knowing Kilkenny survived this frantic qualifier against Limerick on Saturday evening on experience and raw nerve and little more, winning by 0-20 to 0-17. Sooner rather than later he’ll know if there’s still thunder at the well.

“The object of the exercise was to win the game and play next weekend. Obviously the winners there go on to play in the quarter-finals, right into the serious end of things.

“We’re just looking to progress in the championship and to do that you need to pick it up in every match, and we certainly did pick it up from the last game. It’s a very short time span but that’s fine – it’s the same for everybody. We’ll need to improve again to progress, a huge game again next weekend.”

Kilkenny have never lost an All-Ireland hurling qualifier, first introduced 12 years ago, during Cody’s now 19-year reign: to get to that quarter-final stage they’ll certainly need to pick up on this performance – none of the starting full forwards scoring, no real goal threat beyond Michael Fennelly’s half-creased effort, and in the end 17 wides – two more than the similarly wasteful Limerick.

Crucially, Limerick never got their noses in front – yet never out of the game either. Even at the death Shane Dowling dropped in a free in the hunt for an equalising goal, no less that Limerick would have deserved, only by then the Kilkenny defence were at the meanest, Padraig Walsh’s last clearance the prime cut of that.

“It was a serious battle, hell-for-leather stuff, they really were very strong,” says Cody, not exaggerating. “They didn’t really threaten the goal either, which was very important. We were decent. It’s normal that not everybody will always flow but everybody was working and some lads were exceptional, there’s no doubt about that.”

The home crowd – or at least majority of the 15,605 – played a part, although Cody reckons expectations in the county remain low: “There’s no great expectation from anyone around the place for us this year, but the support was excellent and we have as much belief as we ever would in this team, for certain.”

For Limerick manager John Kiely there’s both external and internal regret, and for good reason: his young team played a fearless game, yet showed much naivety too, especially in front of goal, squandering successive first half chances which always looked likely to come back to haunt them.

Instead, Kilkenny gradually made all their experience count, leaning on it most tellingly as the game closed out, thanks in part to the brace of points from substitutes Kevin Kelly and Lester Ryan – who managed what neither Richie Hogan nor Ger Aylward could do, both replaced early in the second half, both held scoreless.

“Moral victories are no use whatsoever,” says Kiely. “When you lose, you lose. We just couldn’t find that chink to get a goal chance, and some of their defending was heroic in the last 10 minutes. I think they were physically just a bit stronger than us, all over the field. We just needed to get our noses in front in the first half, needed to be four up, five up, six up, given that type of possession dominance.

“I’m just thrilled with the whole team with the performance that they got out of themselves, but so, so disappointed that we didn’t manage to get the result. And disgusted the year is over, because we’ve so much put in.

“But listen, we’re building something strong and sustainable. It is there for the future. But it’s just so disappointing you know that that opportunity tonight to make a very significant step wasn’t taken.”

Indeed Limerick were still level 10 minutes into the second half, after they managed to hit their first three shot efforts of that half all over the bar. Still Kilkenny’s advantage, as tenuous as it was, held firm – first built by Paddy Deegan and Chris Bolger, and later in the first half by Walter Walsh, striking three brilliant points in near quick succession to open some room, 0-8 to 0-5.

Fennelly, in good fettle in his first appearance since last summer’s Achilles heel injury, had that only real goal chance of the game easily saved by Nickie Quaid. It was game marked by defensive strengths on both sides, Cillian Buckley and a back to form Joey Holden impressive for Kilkenny, and a thick wall in the Limerick defence too, centred on Richie McCarthy and Declan Hannon.

At times the Limerick forwards broke through, Kyle Hayes, last year’s minor captain, and Peter Casey hitting two excellent points in the first 25 minutes, but in a tight game like this, experience was everything, and Kilkenny still boast more of that than most. For how much longer we’ll soon found out.