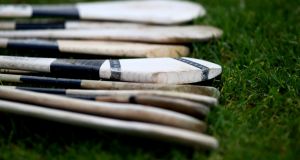 A Galway club hurler who lives in the United States has been hit with a proposed 48-week suspension for allegedly not adhering to Covid-19 restrictions when he returned home for a relegation match in early September.

John Moylan, who has commuted from Boston over the past few years to play for his native Beagh, has requested a hearing after the Galway Competition Controls Committee handed down the proposed suspension earlier this month.

The proposed sanction against Moylan centres around an allegation that he did not quarantine for 14 days after arriving back in Ireland prior to a relegation match last month.

The Beagh club has refused to comment on the incident.

Moylan featured in their group games in July and August when Beagh drew with Athenry but ended up in the relegation series when they lost to Killimordaly and Ardrahan.

Moylan returned to Ireland to play in that relegation game against Kinvara, scoring a point and helping set up a late goal which saw them beat Kinvara by 3-13 to 1-13 and have avoided a relegation playoff against Leitirm/Kilnadeema on scoring difference.

Moylan’s father, also named John, is vice-chairman of Galway County Board. The younger Moylan emigrated to Boston some years ago where he runs a successful construction company which also sponsors the Beagh team.

Galway CCC launched an investigation into the incident and earlier this month handed down the proposed sanction of a 48-week suspension.

Moylan has requested a virtual hearing and that is expected to take place next week.

The relegation playoff match between Kinvara and Leitrim/Kilnadeema has not yet taken place and is unlikely to take place until next year.

But Galway GAA sources have confirmed that a sanction may yet be handed down to the Beagh club once the procedure against the player is completed.

A spokesperson confirmed that a proposed sanction of a 48-week suspension had been decided by Galway CCC and that the player had requested a virtual hearing.