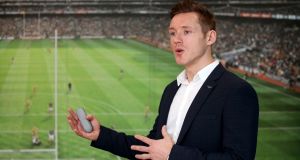 The Gaelic Players Association’s (GPA) demand for universal testing of county teams is being discussed by the GAA’s Covid Advisory Group. The unexpected move by the GPA came after an executive meeting on Wednesday evening, which re-evaluated the organisation’s commitment to proceeding with this year’s championship.

Believed to be influenced by the Government move to Level 5 coronavirus restrictions as well as events since last weekend’s return of the intercounty season, such as positive Covid tests in Roscommon and Offaly, and calls from players for wider testing within county panels, the GPA response was communicated to Croke Park after the meeting and circulated to the membership on Thursday morning.

This laid out the requirements for the “baseline testing of all inter-county panels at the earliest date possible” and “robust match day travel guidelines”. Otherwise, the statement issued an ultimatum that GPA support for the championship going ahead “will need to be reconsidered”.

Croke Park has always made clear that it does not support universal testing on medical grounds. Ironically, the science behind this was explained on a GPA podcast by infectious diseases expert Professor Mary Horgan, who pointed out that universal testing wasn’t a reliable method of screening.

She reiterated the point on The42 after this week’s lockdown was announced, saying: “There is no position for rapid, routine testing as a screening tool at this point in time. That’s in line with public health guidelines. The best testing still is done on [the basis that] either you’ve got symptoms or you’re a close contact, as deemed by public health.”

The GPA is understood to believe that the continuing surge of cases and the consequent move to Level 5 changes the situation since they issued the results of a membership survey last Friday, which showed 52 per cent of players happy to proceed with the season, 24 per cent willing to proceed if Covid protocols are better enforced and another 24 per cent not happy to do so.

The organisation’s executive was authorised to take all further decisions on behalf of the players this season.

Paul Flynn, GPA chief executive, is also a member of the GAA’s Covid group and will have had the opportunity to make his argument at the Thursday evening meeting.

Croke Park sources remain confident that the matter can be resolved to everyone’s satisfaction.