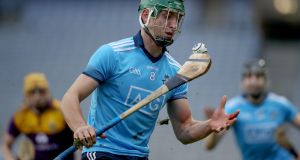 Where we left them: After a humdrum league in which they won the obvious fixtures against Laois and Carlow but lost to all of the better counties.Unlucky versus Wexford but well beaten by Kilkenny and Clare.

Where they are: Still not enough new players coming through, especially in attack where All Star nominated back Chris Crummey is likely to relocate. Defence is sound but lacking wallop up front.

Where we left them: In a league quarter-final after an improving league campaign under new management, with Shane O’Neill running the rule over 31 players, including the promising Evan Niland and Darren Morrissey.

Where they are: Time has allowed Fintan Burke regain full fitness and find luminous form for St Thomas at full back, which frees up serial All Star Dáithí Burke for deployment farther out or vice versa.

Where we left them: Had qualified for league quarter-finals but form was understandably underwhelming given the resting of senior Ballyhale players.

Where they are: Fully restored if positive tales of Adrian Mullen’s cruciate recovery are accurate, Kilkenny haven’t appreciably restocked but retain a strong spine and the Shamrocks players are again in form. Proved last year that they can take almost anyone – but everyone?

Where we left them: In not bad form at end of the league’having got the crucial win over Carlow to secure Division 1 status and reasonably competitive elsewhere.

Where they are: Losing the intended advantage of getting at least four championship matches in good conditions, they have traditional one shot, against Dublin. Prolific Mark Kavanagh’s fitness a worry and other absentees leave them weaker that last year.

Where we left them: In league quarter-final after a good run with just one defeat, against Clare. Emergence of Joe O’Connor at corner back adds to David Fitzgerald’s options.

Where they are: Leinster champions but still short of top table reservation. Full strength. Covid facilitates Liam Ryan’s recover from injury but removes the crowds on which Wexford thrive. Will they adapt running game in wintry conditions?

Where we left them: Unbeaten and top of their group, which qualifies them for abbreviated league’s final but also with captain John Conlon injured.

Where they are: Fallen back, having lost players with Conlon’s return still a few weeks off. Peter Duggan hasn’t returned. Still some serious performers, like Tony Kelly, David McInerney and Shane O’Donnell but a bit one-paced at the back. Struggled in recent challenges.

Where we left them: Inconsistent league campaign in Kieran Kingston’s first year back.

Where they are: Going impressively in challenges, whatever that indicates, but they have great pace around the field. Improved under-age supply picking up and some fresh attacking talent emerged in the county championship, like Alan Connolly, but there are injury concerns with Darragh Fitzgibbon gone for a while. Defensive issues also don’t look resolved, either.

Where we left them: On 100 per cent record, which puts them in a league final (doubling up with championship opener) against Clare but also with significant injury to Richie English.

Where we left them: Shaping up like any other season defending the All-Ireland for Tipp. One win out of five in the league.

Where they are: Delay distances them from downbeat league and facilitates the return of Bonner Maher from long-term injury. County championship’s best player, John Meagher, is called up but will he translate to the top level? Good young players as well as proven performers.

Where we left them: Encouraging league under new manager Liam Cahill dimmed the controversy of panel cuts, reaching quarter-final.

Where they are: Badly hit by Pauric Mahony’s long-term injury although delayed season and county championship produced one major bonus: Tadhg de Búrca’s return from injury and to top form means that Austin Gleeson can move to the forwards, the sector where the team needs greater impact. Well positioned in the long grass for the meeting with Cork.