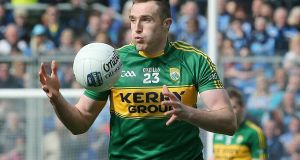 Kerry county board released a statement on Saturday to say O’Sullivan had been banned by Sport Ireland for testing positive for a banned stimulant - but that he had served a suspension.

And Sport Ireland have responded on Monday saying O’Sullivan received a 21-week ban after testing positive for the stimulant methylhexaneamine (“MHA”). He served this during two separate periods.

Sport Ireland say they “accepted that it was a contaminated product case, that Mr. O’Sullivan bore no significant fault or negligence.”

He was provisionally suspended from May 13th 2016 to July 28th 2016, a period of 11 weeks before his provisional suspension was lifted by the chair of the disciplinary panel because the violation was likely to have involved a contaminated product.

The remaining 10 weeks of ineligibility commenced on the 26th February 2017, the date of his last participation in the Kerry panel.

On appeal to the GAA anti-doping committee, it was reduced by another month,

On March 16th 2017 he appealed this again, to the Irish Sport anti-doping disciplinary panel, who reduced the ban to 21 weeks. Which included the weeks he had already sat out.

He didn’t make any appearance for the rest of the summer for Kerry.

Methylhexaneamine is a vasoconstrictor, which increases heart rate and blood pressure, although it is also used a dietary supplement to keep weight down.