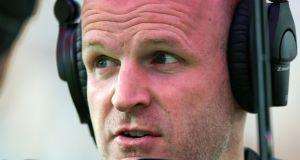 The report of the GAA’s Covid-19 advisory group is imminent. This was confirmed on RTÉ’s Sunday Game by Dick Clerkin, chair of the Croke Park medical, scientific and welfare committee, who is a member of the advisory group.

Clerkin said that he hoped the draft road map back to activities for the GAA would issue “in the coming days”.

Asked for an update on the group’s activities, he replied:

“A lot of detailed work has gone on since the start of the advisory group on the overall return-to-play road map, taking into account that we’ve a lot of different groups of players, members, from recreational, juveniles, club, county and how that will look over the next number of months, again in line with the Government’s pathway.

“We’re at the final stages of putting together a draft document on that and we’ll hopefully be issuing that in the coming days.”

He also made reference to the Kellogg’s Cúl Camps, which according to GAA director general Tom Ryan in an interview last week are still part of the association’s plans, even if their staging can’t be guaranteed.

“Tom Ryan was quoted earlier in the week saying that hopefully, there might be some movement on the Cúl Camps because obviously, children and how they’ve been impacted over the past number of weeks means that people are conscious of the need to do something for them.

“An awful lot of work has gone on behind the scenes from the people involved there to put a really good, comprehensive plan – a safe plan – for Cúl Camps hopefully to be in a position to run by the end of the summer. But again, it’s all predicated on the fair wind we see at the minute continuing to blow and that we can move with the Government guidelines.”