Pros and cons of electronic tagging of sex offenders 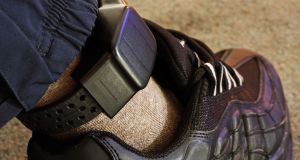 Electronic monitoring: part of its public appeal lies in an incorrect view that it provides a form of omniscient protection.

The Government has approved draft legislation, which will provide for the electronic tagging of sex offenders after they have been released from prison. The specifics of the proposed legislation have yet to be published but it has been indicated that electronic tagging would apply to offenders considered to be high risk. Despite an intuitive attraction in the promise of a technological solution to manage those who are considered to present a risk to the public, the evidence base on the effectiveness of electronic monitoring is mixed. The lessons from different international contexts should be carefully considered if the Government is to avoid an expensive folly.

First, it is important to clarify what electronic monitoring entails, as part of its public appeal lies in an incorrect view that it provides a form of omniscient protection. Electronic monitoring is a general term referring to forms of surveillance used to monitor the location, movement and behaviour of monitored persons. The most commonly used form of electronic monitoring is radio-frequency (RF) monitoring. This involves an electronic tag being fitted to a person’s ankle and the installation of a small monitoring unit, similar in size to a modem, in a person’s home or other location. Contrary to popular belief, this form of tagging cannot provide precise information on the location of an offender; rather it provides an alert if a monitored person is not within detection distance of the monitoring unit during a required time period (ie if they are subject to a curfew).

Global Positioning Technology (GPS) is also used to electronically monitor offenders, again it involves the monitored person wearing a tag, but unlike RF monitoring GPS tags can provide details on a person’s precise real-time location. GPS tracking can be used to monitor whether a person is adhering to curfew requirements or to exclusion zones. Depending on the level of resourcing and surveillance, non-compliance can be acted upon swiftly or can be used as evidence in subsequent warnings or prosecutions. GPS is more expensive and intrusive than RF and is consequently used less frequently. Transdermal Alcohol Monitoring (TAM) is a relatively new form of electronic monitoring. This involves the supervised person wearing a tag that can monitor alcohol use through sampling of skin perspiration. Again this is used much less frequently, and is specific to circumstances where alcohol is a contributory factor in offending.

While arguments in favour of electronic monitoring are also put forward on the basis of cost-effectiveness, in some countries there have been issues raised regarding escalating costs over time, particularly when people are subject to electronic monitoring for extensive periods. In England and Wales a recent audit report was very critical of the procurement and government oversight of contracts with private companies and queried the value for money of the services provided. This audit also raised questions about the limited evidence base regarding the efficacy of monitoring. International evidence on impacts on reoffending and public protection is mixed.

Clearly with the use of any such measure, account also needs to be given to the impact on the monitored person’s life and that of their family members. Again there has been limited research on the experiences of being subject to electronic monitoring. If Ireland is to proceed to extend electronic monitoring for sex offenders following release from prison, it should do so cautiously, taking into account international evidence. There should also be an in-built evaluation of the impact and effectiveness of any such initiative.