The Irish Times view on corporate tax: On the defensive 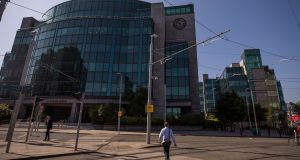 The focus on Ireland’s corporate taxation system continues relentlessly, with fresh accusations that the State has been a tax haven for major multinational players. While there is no exact definition of a tax haven, the Government is correct to reject this charge. Nonetheless, Ireland has been an important link in the tax planning of many big multinationals and this has now put us in a somewhat uncomfortable spotlight – and very much on the defensive.

Tax havens are generally defined using a number of characteristics – they typically have zero or very low tax rates on corporate profits, refuse to share information with other jurisdictions and accommodate so-called “brass plate” operations with little real substance.

Ireland charges a 12.5 per cent corporate tax rate, though we have seen in many cases how the effective rate levied on profits moving through the books of Irish-based companies is often much lower. However as a country meeting OECD tax guidelines and with multinationals employing tens of thousands of people here, Ireland clearly does not fit the generally-used definition of a tax haven.

However, we remain exposed in the international debate. Many of the big US multinationals have established European or international headquarters here and profits from across the world have flowed through Irish subsidiaries, often with low rates of tax levied on them. Under international tax rules, Ireland argues that much of this money is not taxable here – in the case of Apple, this point will be decided by the EU courts.

Irish tax law was only one part of the system which allowed these companies to pay so little. Many other EU countries have also offered favourable tax deals and US tax law has – until recently – encouraged big multinationals to build up cash piles overseas. But some of the incentives we offered, notably the double Irish tax allowance – now being phased out– certainly do not look good from today’s vantage point.

Now all is changing. President Donald Trump has pushed through a major reform which, inter alia, exposes these cash piles to tax. And there is also a move for tax reforms in the EU, with other countries jealously eyeing Ireland’s combination of strong multinational employment and rising corporate tax revenues. The US tax changes are complicated but do seem, on balance, to pose some threat to future US investment here. Meanwhile, moves at European level threaten our corporate tax base.

Ireland has every right to defend its interests – and must do so. But realism is needed, too. Tax will no longer be a strong card with which to attract future investment here. And it would be risky – too risky – to base future spending plans on the basis of the recent growth in corporate tax revenues.