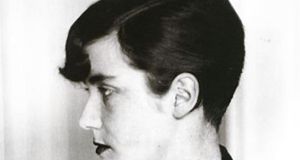 Events in Dublin today will indirectly celebrate the first date between James Joyce and the woman who became his wife, Nora Barnacle. But across the Irish Sea, in a cemetery in Northampton, Joyceans will also commemorate one of the sadder outcomes of that romance: the troubled life and tragic death of Lucia Joyce, the couple’s only daughter.

The cemetery is to host the premiere of a play called Letters to Lucia, written by Richard Rose and James Vollmar and inspired by imagined correspondence from friends and family during the decades she spent in a Northampton psychiatric hospital.

After an earlier, temporary treatment there, in the 1930s, she had been brought back to Paris at the insistence of her father, who vowed he would never allow her to be “incarcerated among the English”. But he died in 1941, and a decade later, Northampton is where Lucia ended up anyway, and where she is buried today.

This afternoon, the Triskellion Irish Theatre Company will perform the new work among the gravestones, preceded by a lament on uilleann pipes.

So for an hour or two at least, Lucia Joyce will be surrounded by her father’s people, although her permanent neighbours in Kingsthorpe Cemetery also include the Irish writer Donall MacAmhlaigh and Violet Gibson, a Dubliner who shared her incarceration for a time after an attempt to shoot Benito Mussolini.

Born in 1907, in the poor people’s ward of a Trieste hospital, Lucia Joyce grew up to be a professional dancer, whose career briefly promised to eclipse her father’s. A Paris critic speculated after one of her shows that James Joyce might yet become known as “his daughter’s father”.

But she soon decided she lacked the physical strength a dancing career demanded, and thereafter, probably, her main contribution to art was as a muse to Joyce’s work, especially the project that dominated his life from the 1920s onwards, Finnegans Wake.

She and he were very close, communicating in several European languages and one of their own, which was very like the book’s. She certainly inspired some of the Wake’s feminine elements. She may even have been part of the persona of Anna Livia Plurabelle, the river of speech itself.

That fire appears to have consumed eventually. Having an already hostile relationship with her mother, she was further orphaned by the time and energy her father, himself in failing health, expended on the monstrous FW. In the words of one critic, she was “the price paid for a book”.

Joyce’s friend Carl Jung took her as a patient for a time, but counselled against psychoanalysis, fearing it might provoke a “catastrophe” from which she would not recover. She was in any case diagnosed with schizophrenia soon afterwards.

After her first stay in Northampton, a violent episode in Paris led her to be straitjacketed and held in isolation at a mental health clinic. By 1939, the year Finnegans Wake finally came out, she was staying indefinitely in another hospital, at Ivry-sur-Seine. In a letter to Thomas McGreevy, Beckett wrote: “I go every week to Ivry to visit Lucia, who I think gets slowly worse. She sees nobody but her father and myself.”

In later years, during her long exile in Northampton, she spoke with Irish nurses of a possible return to Dublin, where she had spent time in the mid 1930s, living with an aunt in Bray (and going missing for a period until found wandering the streets). But she never did return to Ireland and died in hospital, with poignant timing, in 1982, her father’s centenary year.

The play being premiered today is not the only new work revisiting her life. She is also the subject of Lucia, a fictionalised account of her story just published by the British novelist Alex Pheby. Nor is she alone among the Irish former inmates of Northampton in inspiring renewed interest.

Violet Gibson, who came within inches of assassinating Il Duce in 1926 (her bullet grazed his nose), has in recent years been the subject of a book, a radio documentary, and a song by Lisa O’Neill.

Her story is now also in production as a drama documentary for TG4, directed by Barry Dowdall, with Olwen Fouéré playing the lead.