Moral grandstanding fosters anger and obscures improvements in many areas 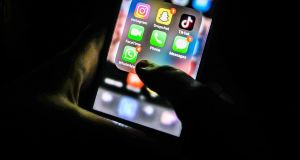 “You would have found [virtue signallers] upbraiding people for agonising over a blazing Notre Dame while children were being bombed in Idlib.” Photograph: Peter Byrne/PA Wire

In all the tributes to Marian Finucane, the quality that probably crystallised her was fairness. To her, no human being – not even bankers, developers or bishops – was wholly good or wholly bad; everyone deserved a hearing. Yet when I interviewed her in 2010, she was struggling with the idea of social media as a broadcasting tool. For a start, she was baffled by “this compulsion to let the whole world know your life or your thoughts”. And she had firm views about a broadcaster’s brief: “I happen to think that our function is to produce, present and broadcast programmes. Now you have email, phone-ins, textings, ‘What’s your view on this, that or the other’ when our function, I believe, is to provide food for thought for people. I think sometimes it kind of goes over the top.”

It was a little ironic then to see how many of the most eloquent, moving and revealing tributes to her on last Saturday’s radio show arrived via text and social media. But in general terms, her view about the broadcaster’s brief is worth consideration. If she was disturbed by social media as an enabler of self-regarding, poorly informed and knee-jerk opinion, imagine her views on the waves of “virtue signalling” that wash across the platforms.

For a social media nanosecond, virtue signalling described someone who expressed sincerely-held views in an irritating holier-than-thou fashion, until the term morphed into a heinous all-purpose insult for anyone who expressed a vaguely moral view at all. So to better convey the calculating, brand-building cynicism of this particular genre, the authors of a recent psychological study (reported in PLOS One) named it “moral grandstanding” – ie “publicly opining on morality and politics to impress others and so to seek social status”. It’s the motivation that matters, not the issue. And it can take many forms.

Anger, when left alone for too long, is highly corrosive. And, most important, it is addictive

You would have found them upbraiding people for agonising over a blazing Notre Dame while children were being bombed in Idlib, for example. Or piling on to scorn someone’s tentatively expressed positivity about some aspect of national life because such thoughts are a betrayal of people who have no homes. Because no one could possibly have a nuanced view about two or three serious issues at the same time, right? Anyway, it allows the moral grandstanders to parade their superior empathy without going to any trouble.

The real problem is the sense of hopelessness they blast into the atmosphere. Part of the general edginess and anger surrounding us is the sense that someone is always berating or roaring insults at someone else (beginning with the president of the United States). The f*** and c*** words are overused to the point that they’ve lost any useful shock value. So the harshness is ratcheted up because the issue at hand justifies that holy anger.

In a recent Guardian piece, the Turkish writer Elif Shafak wrote of how she used to love her “righteous” anger. And lord knows she had – and has – a lot to be angry about. “But anger, when left alone for too long, is highly corrosive. And, most important, it is addictive.”

Her argument is not that anger is not justified or should be suppressed; it’s that when someone makes it their main guiding force they get lost in their own cultural ghettos and echo chambers and the only beneficiary is the object of it.

The point is that we are capable of mighty deeds. They will never be enough but we ought to be more aware of them

It feels like a tough time to be alive. Through our smart devices on a daily basis we witness far more of the world’s ills, atrocities and tragedies than all our ancestors combined. The technology didn’t exist for daily atrocity footage from the Holocaust or the Ukrainian famine; now we see mass murder live-streamed through the shooter’s camera, children dying before our eyes in Idlib or Yemen, gut-wrenching images of half a billion animal corpses lining the scorched earth of New South Wales.

Yet the odd thing is that right now the world is a better place than it has ever been for the median human being.

Literacy rates have soared to near 90 per cent. Global poverty is plummeting. As recently as 1950, 27 per cent of all children still died by the age of 15; the figure is now 4 per cent, according to Our World in Data. Less than 40 years ago, 42 per cent of the world’s population suffered “extreme poverty” as defined by the United Nations; it’s now 10 per cent. Illnesses such as polio, leprosy, river blindness are in decline and concerted global efforts have seen the tide turned on Aids. Life is better for many women, gay people and people with disabilities.

Every single day in recent years, another 325,000 people got their first access to electricity. Every day, more than 200,000 got piped water for the first time. The point is that we are capable of mighty deeds. They will never be enough but we ought to be more aware of them.

The easy route is to pile on the abuse, to foster “this smouldering rage, which I would hold between my palms like a lantern, without realising that it was not much of a provider of either light or warmth”, in the words of Elif Shafak. What we need right now are informed people who can join the dots for us. What we need are people who can unite the doers and the helpers and – in the words of one lamented politician – restore the audacity of hope.