Leavers finding rationale for their No decision under heavy challenge 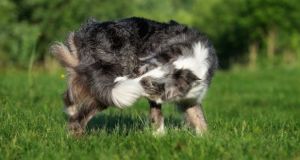 Brexit: a stupid mongrel feverishly eating its own tail

At a weekend gathering in magnificent English countryside with a poor phone signal, several Irish and English families managed to pass entire days together without a single mention of Brexit. It was gloriously unreal.

We were in deepest middle England, which the results of the BBC’s The English Question poll have indicated is an area that identifies “particularly strongly” as English, and where nostalgia about the past is at its deepest.

Nearer London, an Englishwoman in a pro-Brexit household admitted that even in the privacy of her own family, Brexit is no longer up for discussion; “it can get a bit mean. He says Theresa May has ruined it”.

‘Just bored with it’

A London-Irish businessman and once-proud Leave voter is more tight-lipped now and says he is “just bored with it”. Meaning? “There’s no end to it. The one I feel sorry for is Theresa May... How can any mere human continue to get out of bed every day knowing she has to deal with that bunch of total boll**kses in her own party and in the North?”

He remains a firm Leaver , or so he claims. It was always primarily about trade, not immigration, he asserts now. “It’s obvious the eurozone has no future...” An arguable point, of course, but certainly not the primary motivation he had offered at previous discussions. That was immigration, a case pretty much demolished under the mildest of tests and before Brexit even happens.

I never said it would be a beneficial thing to leave and everyone would be better off, just that we would be self-governing

Leavers are finding the rationale for their No decisions under heavy challenge. The decision itself will be much tougher to address, because that’s the human condition. But there is a sense that the Brexit balloon is steadily deflating. Last week, exhaustingly for those once accused of running Project Fear, Brexit secretary David Davis breezily clarified that all the punchy promises about achieving “the exact same benefits” after Brexit was merely an ambition.

Nigel Farage, the original fantasist, told his LBC listeners, “I never said it would be a beneficial thing to leave and everyone would be better off, just that we would be self-governing.” He is merely bowing to reality.

A survey by Deltapoll conducted in mid May shows the Remain vote to be five points ahead now. Asked to choose between the economic benefits of free trade with the EU versus the UK’s right to decide its own business and trading rules – even if it risked jobs, investment and living standards – the gap widened to 10 points in Remain’s favour.

The debate is basically a stupid mongrel, feverishly eating its own tail. In recent days, this Twitter exchange began with Lord Digby Jones, ex-head of the Confederation of British Industry and former minister for state for trade and investment, ringing that freedom bell: “Brexit means the British people escape the tyranny of unelected, unaccountable Brussels. Memo to destructive Remainers: beware the Tyranny of Parliament. The British People did not vote for a mirror image situation of obeying rules from Brussels and worse...paying billions and not having any influence!” British Labour MEP Seb Dance: “Hi Digby. I’m elected. You’re not.” Conservative commentator Julia Hartley-Brewer: “Hi Seb, I’m a voter – one of the 52 per cent who voted for Brexit. You’re not.” Alistair Campbell: “Hi Julia, I’m a democrat who understands democratic debate means big decisions have to be tested. And it is anti-democratic to stop that out of your justified fear that opinion is shifting fast against your fantasies, delusions and unicorns.”

I do not think that either MacMillan [British prime minister from 1957 to 1963] or any member of the British government ever fully understood that they could not be half in and half out of the EEC...

On Sunday, the front page of the English edition of the Sunday Times carried leaked details of a scenario for a no-deal hard Brexit, commissioned by David Davis from senior civil servants: “Britain would be hit with shortages of medicine, fuel and food within a fortnight... Whitehall has begun contingency planning for the port of Dover to collapse ‘on day one’...” The editor of The Leave Alliance of all things, weighed in with a 21-point twitter post concurring with these predictions. Two-thirds of Conservative party members have told ConservativeHome they have no confidence in their government’s handling of Brexit.

Yet, in a shockingly pointed provocation, Theresa May has announced plans to cram next week’s pivotal Brexit votes on the Lords’ amendments to the EU withdrawal Bill into a single 12-hour Commons session. Opposition MPs had expected three days plus one full day for the Customs Union/Irish border/EEA debate.

The Sean Lemass tapes, where the late former taoiseach talks about the UK’s sense of exceptionalism and entitlement vis-à-vis the then EEC, remind us just how long this has been going on. “I do not think that either MacMillan [British prime minister from 1957 to 1963] or any member of the British government ever fully understood that they could not be half in and half out of the EEC... I do not think they had any other idea initially in relation to the Common Market, except to destroy it. Even when they recognised they were not going to succeed in breaking it up, their application for membership was probably inspired by the idea that they could slow down its development in some way and perhaps change its character.”

From this vantage point, those days seem like fun.