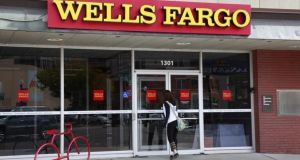 At present, Wells has only a small presence in both Dublin, where it employs only about 170 people, and Paris, where it has about 30

Wells Fargo is eyeing a plan to use both Paris and Dublin as its post-Brexit hubs in Europe, becoming the latest global bank to prepare to shift some operations from London.

The bank’s European business that could no longer be done in the UK after the country leaves the EU would be conducted in both the French and Irish capitals, according to people familiar with the matter.

No final decision had been taken by Wells, the third-biggest US bank by assets, the people said. The company as well as the regulators Banque de France and Central Bank of Ireland all declined to comment.

If it opts against a single alternative base, Wells would adopt a similar approach as several other banks. Goldman Sachs is dividing the Brexit spoils between Paris and Frankfurt while Bank of America Merrill Lynch chose Paris and Dublin.

Such moves reinforce the view that financial services previously based in London will fragment across different European cities, rather than transfer to a sole centre.

Amsterdam, Brussels and Luxembourg are among the other locations that have lured business from the UK. The moves are being prepared as Brexit threatens to strip financial groups of the “passporting” rights that allow them to operate seamlessly across the EU.

Dublin is already Wells’ EU base for commercial lending, although it does not handle the bank’s securities business, such as trading and capital markets.

The UK’s Press Association reported last month that Wells was considering enlarging its operation in Dublin as a Brexit contingency plan.

The emergence of Paris as an additional alternative candidate for Wells is the latest boost for the French capital, where officials have talked up the city as a capital markets and corporate centre.

JPMorgan Chase and HSBC are among several banks to announce plans to move parts of their trading businesses to Paris. JPMorgan is also enlarging its business in Dublin, along with Barclays, Morgan Stanley and others.

Wells executives are said to be weighing up a range of factors, including regulation and cost. At present, Wells has only a small presence in both Dublin, where it employs only about 170 people, and Paris, where it has about 30. It is not clear how many jobs would be transferred from London, where the bank has a 1,200-strong workforce.

Wells is a US banking powerhouse with about 70m customers and $1.92tn in assets. It is domestically focused, with a lower profile overseas. The group has been laid low by a scandal over fake bank accounts and other mis-selling episodes.

From London, Wells deals with American corporate clients conducting business in Europe and local companies that want to transact in the US. It also has a UK commercial property operation. After Brexit, London is likely to continue to be used to handle the bank’s business in the UK.

Wells is moving to a new City headquarters near London Bridge later this year. The £300m property deal, struck almost two years ago, was seen as a much-needed boost for London’s financial sector after the vote for Brexit.