Gabriel Scally: The arts can help heal the wounds left by Covid-19 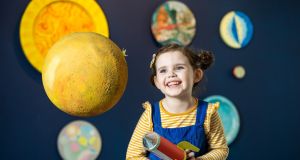 In 1946, in the preamble to its constitution, the World Health Organisation (WHO) defined health as; ‘a state of complete physical, mental and social wellbeing and not merely the absence of disease or infirmity’. This definition has stood the test of time, even though in many circumstances the inherent breadth of the composition of health has been neglected in favour of a purely mechanistic approach to dealing with illness.

There are two different strands in the connection between the arts and health. Firstly, there is the connection between general well-being in a population and exposure to and engagement, whether active or passive, with the arts. The second area is entirely congruent with the first, but encompasses a more direct engagement between the arts and individual health. Important though this is, it is the whole population perspective that is of greatest concern at this time.

In respect of the general health and well-being of the population, the arts can be regarded as creative interventions or additions to society which can result in an improved level of population health. Comprehensive research has confirmed the individual and social value of the arts in the production of health and well-being. As societies and communities across Ireland emerge from under the shadow of coronavirus the opportunity exists to utilise a vibrant and resurgent arts sector to drive the enhancement and vitality of life that has been stifled during severe social restriction and the economic and psychological hardship that this entails for many people.

Even in the best of times, the benefits to the population resulting from the arts may not be evenly distributed socially or geographically, similarly, it may not benefit all age groups equally. We know that the coronavirus is at its moist cruel when it infects those in our communities who are elderly and frail, or have serious health ailments that would normally be under control but increase vulnerability to the effects of the virus. Evidence from elsewhere indicates that people from ethnic minority populations suffer disproportionately from the effects of COVID-19. All his speaks to the need for an active and outward-facing approach to development and promotion of the arts, and one that is aimed at the groups who would potentially need and benefit most.

Vincente Navarro, the distinguished Catalan academic from Johns Hopkins School of Public Health, has written of the need to;broaden health strategies to include political, economic, social, and cultural interventions that touch on the social (as distinct from the individual) determinants of health.

Although the use of the term cultural by Navarro undoubtedly refers more to behavioural that artistic interventions, the road is wide open for the arts to forge direct and effective approaches to improving health in Ireland. This approach to the active creation of good health is sometimes termed ‘salutogenesis’.

This is, perhaps, reflected in the Irish government’s Healthy Ireland framework which has as one of its goals, ‘… to create economic, social, cultural and physical environments that foster healthy living.’

A purely resource and asset-based approach to the support of the arts in Ireland will tend to eliminate the potential contribution of cultural and artistic dimensions to improving health, particularly in the aftermath of the COVID-19 pandemic. It is likely that mental health problems in particular will be created or exacerbated by the effects of the crisis. Indeed, the Royal College of Psychiatrists in the UK has warned of a ‘tsunami’ of mental health problems in the aftermath of the pandemic. There can be no better time to recognise that the arts are not some optional type of entertainment, or a pleasant societal indulgence, but an essential and potentially restorative part of human consciousness and social being.

Dr. Gabriel Scally is Visiting Professor of Public Health at University of Bristol