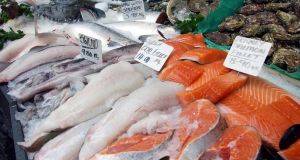 As the global population is projected to live longer, we need to find ways of helping people live healthier into old age. Exercise and diet are the best ways of maintaining good health as we age. But recent research has started to look at the role our gut – specifically our microbiome – plays in how we grow old. The gut microbiome is a complex community of millions of microbes that live in the intestines. These microbes help to break down dietary ingredients, such as resistant starch, that humans cannot digest. They also help prevent the growth of disease-causing bacteria.

Researchers from the APC Microbiome Institute at University College Cork, along with colleagues in Europe, set out to see if diet could alter the gut microbiome in a way that would promote healthy ageing. They looked at 612 people aged 65 to 79, asking half of them to change their normal diet to a Mediterranean diet for a full year. This involved eating more vegetables, legumes, fruits, nuts, olive oil and fish, and eating less red meat, dairy products and saturated fats. The other half did not change their diet.

Although there were minimal changes to the microbiome, those who followed the Mediterranean diet had better cognitive function and memory, less inflammation, and better bone strength. Many of the participants were also found to be “pre-frail”, meaning their bone strength and bone density were about to decrease, at the beginning of the study. Those who followed their regular diet became more frail over the course of the one-year study, while the Mediterranean diet group reversed this trend.

While the obesity crisis is considered the foremost public health issue in the west, malnutrition is a growing concern. Malnutrition occurs when a person is deficient in nutrients, such as protein, vitamins and minerals, or they are not eating enough calories. Under-nutrition is linked to increased frailty, delayed wound healing, and higher mortality. There is clearly a need for us to be proactive in dealing with dietary issues in older people.