The Irish Times view on CervicalCheck: a verdict on the screening system

A review of the Republic’s cervical cancer screening programme confirms its viability, albeit with caveats 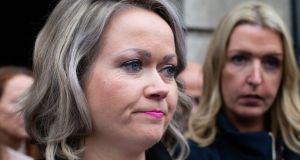 Another of the inquiries triggered by the CervicalCheck controversy – the Royal College of Obstetricians and Gynaecologists’ (RCOG) review of CervicalCheck slides – has published its report. It confirms the viability of the national cervical cancer screening programme, albeit with caveats.

The review was set up last year following a settlement in the Vicky Phelan High Court case. The Limerick woman was diagnosed with cancer three years after her smear test results of 2011 were incorrectly reported as clear. She now has terminal cancer. The RCOG review involved the re-examination of the slides of some 1,038 women who had been tested by CervicalCheck and who were given the initial all-clear but later developed cervical cancer. However, a smear test is not an individual diagnostic cancer test; rather it is a screening tool that looks for signs of possible future disease. The review found a discordant result (where the RCOG result differed from the original CervicalCheck result) in one-third of cases. In 159 cases there were missed opportunities to prevent or diagnose cancer earlier. In a further 149 women, the review panel disagreed with the CervicalCheck slide reading but did not believe this had adversely affected the clinical outcome.

But Prof Henry Kitchener, lead assessor for the RCOG, said the 30 per cent discordance rate found by the CervicalCheck review is similar to that found in a much larger review of cases in England. Overall, the report concluded the Irish screening programme is performing effectively. This vote of confidence is welcome. Prior to the introduction of CervicalCheck, cervical cancer rates in Ireland were rising by four per cent annually. This trend has been reversed, with an annual drop in incidence of seven per cent.

Statistically, the RCOG review had a number of constraints: the process was not blinded, which means those reassessing the slides knew they represented proven cancer cases, which is a known bias. In addition one-third of eligible women declined to participate in the slide review. And the assessors expressed concerns about colposcopy, the next investigative step after a positive smear test, in a quarter of cases.

It has also emerged that some RCOG reports had to be returned by the HSE to the UK because of inaccuracies and omissions. Unsurprisingly this precipitated a loss of confidence in the process for some women. Lorraine Walsh, a leading member of the 221+ support group, has resigned from the CervicalCheck steering committee. Earlier this year she also criticised the lack of transparency in the committee’s modus operandi.

CervicalCheck offers regular smear tests to 1.2 million women aged 25-60 in the Republic. Despite its historical shortcomings, it is vital that women continue to participate in the effective life-saving programme.