In making another unrealistic Brexit commitment, Boris Johnson appears to be repeating past mistakes 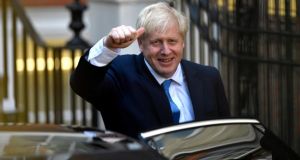 There could scarcely be a greater contrast between the manifestos put forward by the Conservatives and Labour ahead of the UK election. Jeremy Corbyn’s blueprint is the most left-wing seen in many years – a radical document designed to grab the interest of the electorate. Boris Johnson, meanwhile, is trying to safeguard his lead in the polls with a document which takes few risks. Johnson’s key message is that by “getting Brexit done” UK politics will be able to move on to address the issues really concerning voters – policing, housing, health and so on.

If only it were that simple. In reality, Brexit will dominate UK politics for many years to come and will be central in determing the economic and political context in which other issues are tackled. And already there are signs of trouble ahead.

Johnson promises, if returned with a majority, to get the withdrawal agreement through the House of Commons by the end of the year, meaning the UK could leave by the end of January 2020. But this only sets up another deadline – of December 2020 – to finalise a trade deal with the EU. Just about everybody believes this is unrealistic, but the Conservative manifesto commits that the UK would not seek an extension. To complicate matters further, under the withdrawal agreement a request by the UK for any such extension must be made by the end of next June.

Johnson’s tactics look very like repeating the mistakes of the past – setting an unrealistic deadline which leads to uncertainty and pressure on UK negotiators, its government and its politics. It guarantees the post-election period will be dominated by yet another Brexit deadline. Perhaps Johnson would change tack in the wake of the election – he can request an extension of either one year or two.

Or perhaps he is willing to run the risk of leaving at the end of 2020 with no agreement on a future relationship, with all the disruption this would entail.

The UK must decide what kind of future relationship it wants with the EU. It can remain aligned to the EU, following most of the rules and regulations set in Brussels – the direction in which Labour wants to head. This would allow its businesses to retain relatively free access to EU markets but would scupper plans to do wide-ranging trade deals with third countries and limit freedom to set its own rules in other areas. Or it can, as the Conservatives say they want, diverge from EU rules – and accept that this will lead to greater trade barriers with the EU.

It will quickly become clear, after the UK leaves, that this is the choice. And that the chances of finalising negotiations with the EU by the end of 2020 are very slim. There is no point pretending otherwise but the risk is that doing so will create yet more Brexit uncertainty as we head into 2020.