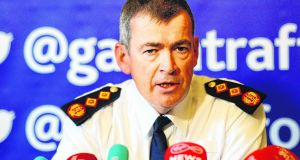 The Garda’s annual policing plan features arrangements and targets for recording and solving crime, recruiting new staff and rolling out new technology to modernise police work. But as the Policing Authority’s review of the 2018 edition demonstrates, delivery is not automatic. Of the 121 items included, some 53 were deemed “on target” at year end, another 63 were “off target” and it was “not possible” to appraise five of the plans. The authority even found some senior Garda managers were unfamiliar with the provisions as they related to their area of responsibility.

When Drew Harris became Garda Commissioner last September, the period covered by the 2018 plan had largely expired. But in general remarks assessing the force’s disposition to reform, the authority underlines the task ahead of him.

In 2016, for example, civilian data analysts in the Garda first uncovered problems with the classification of domestic homicides. The authority refused to accept assurances from senior Garda management back then that all had been properly investigated. Instead, it sought a review of historical homicide cases that would audit how each was classified and investigated. It now emerges that that review has stalled because a policy for carrying it out could not be agreed within the force.

In November, 2015, the Garda Inspectorate said it had identified 1,500 posts within that Garda that could be filled immediately by civilians, freeing gardaí to return to frontline policing. However, some 3½ years later, the authority has highlighted a chronic lack of progress in this area. Since January 2017, it says, only 258 sworn Garda members have made the switch. At that rate, it would take another decade to achieve the level of civilianisation the Garda Inspectorate said in 2015 could be achieved forthwith.

Harris had until the end of last month to formulate the 2019 policing plan; extra time to allow him the opportunity to get it right. The commissioner may have a five-year contract but the extent of progess in the next 12 months will say much about his capacity to bring about reform.