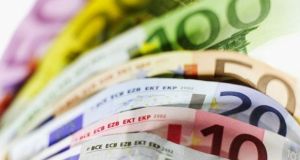 Over the past 10 years, the price of goods has decreased while the price of services has risen. File photograph: Getty Images

The latest report from the National Competitiveness Council should serve as a warning that continuing economic growth cannot be taken for granted. It identifies a number of factors including increasing wages, rising rents and a high marginal tax that threaten future business competitiveness.

The report points out that Ireland is now a high cost economy. It was the fifth most expensive state in the European Union in 2017 with prices 13 per cent higher than average. We are now comparable to other jurisdictions that would traditionally be thought of as high cost, such as Japan, the UK and the Netherlands. The evidence also suggests that Dublin is one of the most expensive cities in the EU. In 2018 the cost of living in the Irish capital was 18 per cent higher than Brussels, making it the fifth most expensive capital city in the EU on a par with Paris and Helsinki.

The data reflects the fact that Ireland has become a wealthy state and is a far cry from the relatively impoverished condition in which it joined the then EEC in 1973. The worry is that the erosion of competitiveness identified in the report has the capacity to threaten this new status.

One of the problems facing business is the fact that interest rates in Ireland are well above the EU average. Added to this is the fact that the price of services – legal, accountancy and human resources – is increasing at the second fastest rate in the EU. Rising rents, the increasing cost of labour, a high marginal tax rate and the cost of childcare are other threats to competitiveness allied to the steadily rising cost of renting commercial property, construction and business services.

On the positive side consumer prices in Ireland are increasing at the slowest rate in the Eurozone which makes Ireland more competitive. Over the past 10 years, the price of goods has decreased while the price of services has risen.

The council’s report does not provide grounds for panic as the overall picture is positive but, as a small open economy exposed to slowing global growth and the consequences of Brexit, it signals clear dangers ahead.