Little new in a la carte approach to road safety 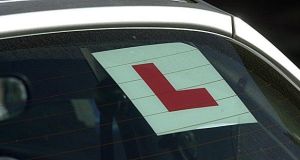 Road fatalities havve fallen from an annual average of 400 at the turn of the century to 258 today. But resistance to road safety measures persists.

The disclosure that some within a cohort of more than 120,000 untested drivers have been “gaming the system” for decades and availing of a succession of learner permits to avoid taking driving tests is extremely worrying. It suggests a resistance to social responsibility and an a la carte approach to road safety. There is little new in this.

For the past 20 years, every piece of legislation designed to make our roads safer, including the introduction of penalty points, random breath-testing, reduction in blood alcohol levels and driving permit regulations have been resisted by various interest groups. These have included drinks lobbies, gardaí, rural TDs and the general public.

The situation involving unlicensed drivers has actually improved since 2002. At that time it was estimated that 325,000 drivers were unqualified and were “indefinitely” retaining their learner status. This unsocial behaviour was encouraged by delays of six months and more for driving tests; erratic testing standards and a provision that allowed learners to drive unaccompanied on a second or subsequent provisional licence. A government proposal to introduce radical change brought a public outcry and was quietly shelved. The message was not lost on rural gardaí who persisted with light-touch enforcement practices.

As drink-driving legislation and Garda enforcement measures became more intrusive, progress was also made on the wearing of seat belts and mobile phone regulations. The number of road deaths fell from an annual average of 400 at the turn of the century to 258 today. But resistance to road safety measures persists. Last year, Independent rural TDs engaged in a lengthy Dáil filibuster against lower drink-driving limits and the introduction of tough new penalties for unaccompanied learner drivers. The latter change has already prompted a 30 per cent increase in the number of applications for driving tests. This development, along with attendant driving lessons, should not only improve general road safety but reward those with full licences through future reductions in their insurance premiums.