Eyewitnesses have come forward in recent months pointing toward another suspect 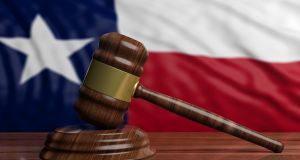 By granting the indefinite stay and sending the case back to a trial court, the Texas appeals court, the highest criminal court in the state, provided Rodney Reed’s defense team a sweeping victory. Photograph: iStock

A Texas prisoner who has long claimed his innocence in the murder of a woman 23 years ago was days away from his execution Friday when an appeals court stepped in to suspend his death sentence indefinitely. The decision by the Court of Criminal Appeals in Texas halted the execution of the prisoner Rodney Reed and ordered the court where he was originally tried to consider new evidence in the case, including testimony from eyewitnesses who have come forward in recent months pointing toward the victim’s fiancé as another suspect.

The court’s ruling came hours after the Texas board of pardons and paroles supported halting the execution and recommended that Governor Greg Abbott grant a 120-day reprieve for Reed (51). Reed’s case has generated intense interest in recent weeks, with a rare confluence of Republican lawmakers and high-profile celebrities, including Kim Kardashian West and Rihanna, calling on courts and the governor to spare his life. He had been scheduled to die Wednesday.

By granting the indefinite stay and sending the case back to a trial court, the Texas Appeals Court, the highest criminal court in the state, provided Reed’s defense team a sweeping victory. Reed was convicted of the 1996 murder of Stacey Stites in Bastrop, Texas. Stites (19) was strangled and her body was dumped alongside a rural road. Prosecutors said she had also been raped and Reed was arrested based mostly on DNA tests. He maintained that he and Stites had been having an affair, which would explain how his DNA was recovered from her body. Reed’s lawyers have argued previously that the state’s forensic investigators made critical errors regarding the timeline of the killing, which some investigators later admitted in affidavits. Most recently, at least three people have come forward with new testimony regarding Stites’ fiancé, Jimmy Fennell. Fennell is a former police officer who was released from prison in 2018; he pleaded guilty in 2008 to kidnapping a woman he had encountered while on duty. The woman said he had also raped her.

A man who served time in prison with Fennell said in a sworn affidavit last month that he had heard Fennell confess to killing Stites because she had cheated on him with a black man. Reed is black. Fennell’s lawyer, Robert Phillips, said that Fennell denies killing Stites.–New York Times