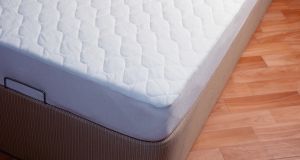 Officers said the boy’s father had put the gun under a mattress because he was afraid of recent crime in the neighbourhood. File photograph: Getty Images

A pregnant woman was shot in the face by her four-year-old son after the youngster found a loaded, unsecured gun under a mattress, US authorities have said.

The 27-year-old mother, from Washington state, was taken to hospital with life-threatening injuries following the incident on Saturday, the King County Sheriff’s Office said.

She was eight months pregnant and was taken to Harborview Medical Centre, the office confirmed.

Officers said the boy’s father had put the gun under a mattress because he was afraid of recent crime in the neighbourhood.

Under a new state law, gun owners could face criminal charges for not safely storing a gun.

It is unclear who the weapon is registered to. – AP