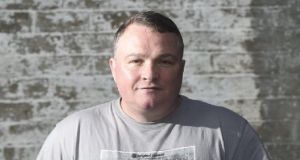 Writer Irvine Welsh has paid tribute to his “amazing” friend Bradley Welsh after the Trainspotting 2 star was shot dead in Edinburgh.

The actor, who also appeared in an episode of Danny Dyer’s Deadliest Men, died following an incident in the city’s Chester Street on Wednesday evening.

Police were called to the scene at around 8pm and found a man with serious injuries.

He died at the scene and officers are treating the death as suspicious.

Irvine Welsh said his heart was broken over the news.

The writer tweeted: “Bradley John Welsh, my heart is broken. Goodbye my amazing and beautiful friend.

“Thanks for making me a better person and helping me to see the world in a kinder and wiser way.”

Police are urging anyone with information to contact them immediately.

A Police Scotland spokesman said: “The death is being treated as suspicious and inquiries are continuing.

“Officers will continue to provide a high-visibility presence in the area to engage with the public, offer reassurance and gather information that can assist with this investigation.”

Welsh appeared in Danny Dyer’s Deadliest Men in 2008, where he described himself as a “born leader” in the episode.

The actor later became involved in charity projects in Edinburgh, including helping young people to stay away from a life of crime through his Holyrood Boxing Gym.

He was reportedly a former British ABA Lightweight boxing champion.

Other people also paid tribute on social media, with one woman posting a picture of herself and friends alongside Welsh in a boxing ring.

She said: “You to me are treasure, you to me are dear. Our coach, our motivator but most importantly our friend, Brad Welsh.”

One man described Welsh as a “huge character” in Edinburgh.

He said: “Devastating news about Brad Welsh tonight, a huge character in Scottish amateur boxing and the Hibernian support and someone who contributed a great deal to society through his charitable work and boxing gym. RIP.”

Writing on social media, local resident Alasdair Morton said armed police were “all over” the area.

He tweeted: “Armed police all over Chester street. Road closed off. We have been told to go inside. Before doing so we heard the police say to the National incident response unit – gunshot would (sic) to the head.” – PA