One of UK’s most notorious paedophiles jailed for 32 years

Footage of the arrest of Matthew Falder has been released, Falder (29) has been jailed for 32 years for blackmailing victims into carrying out depraved sexual and physical acts. Video: UK National Crime Agency 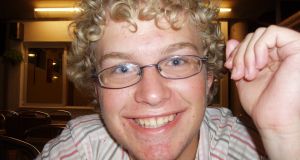 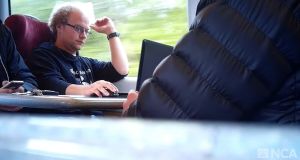 One of Britain’s most prolific paedophiles, who blackmailed a string of vulnerable victims including a girl who was ordered to eat dog food, has been jailed for 32 years.

University lecturer Dr Matthew Falder admitted 137 offences, including voyeurism, encouraging child rape, and sharing images showing the abuse of a newborn baby, after being caught by an international inquiry led by the National Crime Agency (NCA).

The 29-year-old Cambridge graduate was arrested in June last year after four traumatised victims, who were tricked into sending him humiliating images, threatened or attempted to end their own lives.

Sentencing “warped and sadistic” Falder for “a tale of ever-increasing depravity”, Judge Philip Parker QC said: “As for your equally extraordinary sexual offending – no-one who knew you, above ground, had an inkling of what you were doing below the surface.”

Branding him an “internet highwayman” who targeted 46 victims, he added: “You wanted to assume total control over your victims.

“Your behaviour was cunning, persistent, manipulative and cruel.”

For the victims, he said: “The damage is ongoing. For these individuals it will never end, knowing the abuse caused by you still exists in other unknown persons’ computers.”

The judge, who also concluded that Falder was a dangerous offender and gave him a six-year extended licence period, added: “These sentencing remarks underplay your relentless, obsessive desire to continue committing offences.”

The University of Cambridge, which said it had been “appalled” at the crimes, is now looking at stripping disgraced Falder of his academic qualifications, in a “rare” move for the 809-year-old institution.

A previous hearing was told that Falder coerced male and female victims into producing “increasingly severe self-generated indecent images of themselves, the focus of these images being to humiliate and degrade”.

Falder duped victims, who were advertising for babysitting or dog-walking jobs on online message boards, into providing nude images by posing as a female artist who wanted to turn them into life drawings.

Falder forced one victim to film herself licking toilet seats, a used tampon and eating dog food, and set up secret cameras in bathrooms – including his parents’ Cheshire home – to record women and girls naked, before trading the images online.

Another was blackmailed into eating his faeces and drinking urine, while the 29-year-old also encouraged the rape of a boy, aged two, by his own father.

Opening the facts of the case against Falder, prosecutor Ruona Iguyovwe previously told the court that many of the images were then distributed on so-called “hurtcore” websites on the dark web, showing material depicting sexual and physical abuse.

Falder, who treated his victims both as sex objects and as objects of derision, posted on one forum “100 things we want to see at least once”.

In remarks in that post, he suggested “a young girl being used as a dartboard”, production of a video depicting a child’s bones being “slowly and deliberately broken”, and the abuse of “a paralysed child”.

Prosecutors said Falder was also a member of several “virtual communities” of abusers, under the handles “evilmind” and “666devil”, and in one such forum on the so-called dark web, had a “membership rank level of ‘Rapist’”.

One of his victims, speaking anonymously after his sentencing, described how his abuse had led to the breakdown of “all relationships” in her life.

The unprecedented operation to catch Falder, who used specialist software to hide his online accounts, was aided by GCHQ, the United States homeland security department and law enforcement bodies in Israel and Australia.

Falder, of Harborne Park Road, Birmingham, committed his offences over nearly 10 years, manipulating victims “behind a computer screen” by duping them into providing nude images and personal details.

On his arrest, the former post-doctoral researcher and lecturer in geophysics at the University of Birmingham quipped with officers that the list of then suspected offences sounded “like the rap sheet from hell”.

Meanwhile, Falder’s long-term girlfriend is said to be “standing by” him, according to his barrister, and the judge said his parents would support him “on release” — though he would not be eligible for parole until he was 50. – PA