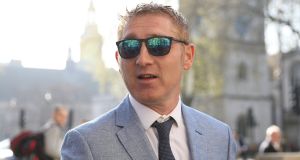 A father has lost a landmark legal battle at the UK’s highest court over taking his daughter to Disney World during school term-time.

Five justices at the Supreme Court unanimously allowed an appeal by education chiefs against an earlier ruling that Jon Platt had not acted unlawfully.

Mr Platt, who took his daughter on a seven-day family trip to Florida in April 2015 without the school’s permission, was prosecuted by Isle of Wight Council after he refused to pay a £120 penalty.

But local magistrates found there was no case to answer.

Two High Court judges in London later upheld the magistrates’ decision, declaring Mr Platt was not acting unlawfully because his daughter had a good overall attendance record of over 90 per cent.

They said the magistrates were entitled to take into account the “wider picture” of the child’s attendance record outside of the dates she was absent on the holiday.

In an action closely watched by schools and parents all over the country, the council urged the Supreme Court to overturn the High Court decision, saying it raised important issues over what constitutes ”regular attendance” at school.

The justices ruled in the council’s favour on Thursday.