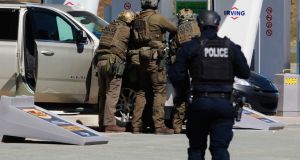 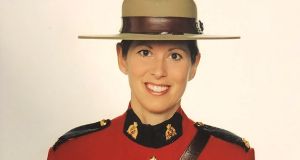 Justin Trudeau has called on Canadians to stand unified in the face of “senseless violence” as the death toll from the country’s deadliest mass shooting rose to 19 people, including the gunman.

“No one man’s action can build a wall between us and a better day, no matter how evil, how thoughtless or how destructive,” Canada’s prime minister said on Monday morning. “As families grieve the loss of a loved one, all Canadians are standing with them.”

The Royal Canadian Mounted Police (RCMP) revised the death toll of Sunday’s shooting in Nova Scotia, but warned there could be still more victims from the rampage, which lasted at least 12 hours.

Police said Gabriel Wortman, a 51-year-old denturist, disguised himself as a police officer before his first attack in the coastal town of Portapique on Saturday evening.

The victims included a teacher, a nurse, a police officer and a married couple. Wortman was shot dead by police following a stand-off late on Sunday morning.

With Nova Scotia already in lockdown in order to contain the spread of coronavirus, Mr Trudeau acknowledged the grieving process would be especially difficult, announcing a virtual Facebook vigil on Friday at 7pm.

“We are a country that stands united in our effort to defeat a pandemic, save lives and to help each other make it to a better day,” he said. “But yesterday we were jolted from that common cause by the senseless violence and tragedy.”

Wortman, who is believed to have known several of the victims, appears to have acted alone, according to police. Authorities have not yet determined a motivation for the attacks, but the fact that Wortman had created a replica RCMP vehicle and police uniform suggested his early actions were deliberate.

“The fact that this individual had a uniform and a police car at his disposal certainly speaks to it not being a random act,” said Chris Leather, RCMP chief superintendent.

The massacre in Nova Scotia is the worst of its kind in Canadian history, eclipsing the 1989 École Polytechnique massacre, in which 15 women were killed in Montreal. A man driving a van deliberately ran over and killed 10 people in Toronto in April 2018 and a man shot dead six people at an Islamic cultural centre in Quebec city in 2017.

“I know the world can seem like a mean and ugly place right now, but there’s a whole lot of good in the world too. You’ll see it in your neighbours and in Canadians in the days and months ahead,” he said. “This is a difficult time and it can be a scary time too. But we’re here for you and we’re going to get through this together, I promise.” – Guardian