Three for court in Sweden over Facebook Live ‘gang-rape’

20,000 people are members of group where stream was broadcast online on Sunday 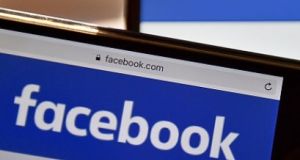 According to Swedish media reports, up to 200 people watched the attack on the 30 year-old woman. One woman called the police. Photograph: Getty

Three men are to appear before a remand court in Sweden today, linked to a suspected rape broadcast live on Facebook.

The three men - aged 18, 20 and 24 - were arrested on Sunday in the university city of Uppsala and have been in custody since.

In the early hours of Sunday morning, Facebook user Josefine Lundgren contacted police after reportedly seeing an apparently unconscious woman being raped by the men.

According to Swedish media reports, up to 200 people watched online the alleged attack on the 30 year-old woman unfold.

“One took off her clothes and lay on top of her, one filmed apparently for his private Snapchat account,” said Ms Lundgren to Sweden’s Expressen newspaper.

“He showed the others his smartphone and the pictures. One of the man had something in his hand that looked like a pistol. I immediately rang the police, it was so sick.”

Police said on Tuesday said they had questioned the three men, two of whom now face rape charges while the third is being held on suspicion of failure to reveal rape.

Police are trying to secure still images and footage of the part of the video allegedly showing the rape. Authorities have approached Facebook to retrieve the relevant parts of the live stream.

According to those who saw the video, the woman appeared to be under the influence of alcohol or drugs and lost consciousness. When she came to, she was reportedly filmed by one of the men taking a phone call from a friend who had seen the attack on the live stream.

“Did you want to show yourself naked on Facebook?” the friend asks. “You just lay there. Did you agree to have sex with him while you slept?”

The woman said no, Expressen reported, adding: “I don’t know what I should do.”

At this point one of the grinning men interrupted the phone call saying: “You have your answers. You’ve been raped...”

The men continued to mock the woman until the police arrived at the door of the student accommodation in Uppsala.

“I’m so annoyed that so many people watched the rape but apparently I’m the only one who called the police,” said Ms Lundgren to Expressen.

Around 20,000 people are members of the group where the stream was broadcast via Facebook Live, a feature introduced by the social network at the end of 2015.

One of the viewers wrote in the comments section beneath the video: “Three against one hahaha.”

While Facebook Live has been embraced by users - and media organisations - as a quick and easy way of broadcasting to the world, it’s not the first time the service has attracted controversy.

Earlier this month, four people were charged with hate crimes in Chicago after a Facebook Live video showed a mentally disabled man being tortured.

Last June a 28 year-old man from Chicago was shot dead while live-streaming a video of himself on the site.