Inconvenient truths laid bare in expert report on the ICC

Hague Letter: The international court appears to ‘suffer internally from distrust... and a culture of fear’ 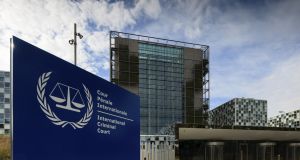 International Criminal Court in The Hague. The behaviour by some of the figures chosen to dispense justice for the world’s most reprehensible crimes has led to ‘low morale in chambers’, says report.

There were those who advised that a major warts-and-all review of the International Criminal Court (ICC) might not be appropriate at a time when the court was already under fire from the Trump White House – and reading the 348-page report that resulted, it’s easy to see why.

An independent expert review was set up less than a year ago, and the tome circulated earlier this month makes surprising, bleak and often depressing reading, depicting a large and expensive international organisation where dysfunction is rife, deep-rooted and frequently inexcusable.

Before spelling out the inconvenient truth, the report pays due tribute to the commitment of the majority of the 900-plus staff to the aims of the Rome Statute that established the court: international justice and an end to impunity for those who believe it’s their entitlement.

All the more shocking then to read, in an assessment of its working culture, that – far from being a paragon of good organisation, internal co-operation

and individual probity – the ICC appears to “suffer internally from distrust . . . and a culture of fear”.

The nine experts, chaired by former South African supreme court judge Richard Goldstone, say concerns about that culture were shared by “staff at all levels”, who described an “antagonistic approach” between the main departments and “a mentality of us vs them” that’s “not conducive to co-operation and co-ordination”.

Their consultations reveal that the court is widely perceived internally as “too bureaucratic, too inflexible, and lacking in leadership and accountability”.

Focusing on that leadership style, staff complain that it’s “non-inclusive” and “indecisive”, and lacks any “constructive and meaningful dialogue between managers and the people they supervise”.

This leads to “a risk-averse environment”, where priorities change constantly and “leaders avoid or delay taking responsibility when needed”.

As to the impact on staff, “the inadequate style of management and absence of leadership” have led to “a lot of stress”, with “many” staff on extended sick leave for complaints which frequently include “burn-out” – though exact numbers remain unspecified.

So what has poisoned the atmosphere behind the scenes at the ICC, generating this culture of fear?

Most horrifying about this report is that it identifies “instances of harassment and bullying by some judges” – and says those instances “have not been sufficiently tackled” due to the judges’ “perceived unaccountability”.

The court’s 18 judges are elected for nine-year terms, enjoy diplomatic privileges, earn about €170,000 a year tax free, and have been campaigning hard for a 26 per cent pay increase plus retrospective compensation and pension increases.

Not surprisingly, the behaviour by some of the figures chosen to dispense justice for the world’s most reprehensible crimes has led to “low morale in chambers”, says the report.

Disillusioned legal staff are also “frustrated” at apparent “arbitrariness” in the allocation of roles or cases which they argue should be allocated on merit.

Incredibly, some judges allegedly see themselves as “aristocracy” and treat staff as “commoners”.

In such an atmosphere of distrust, some legal staff reciprocate, says the report, showing “a lack of consideration” for their judges – especially “when judges are perceived as not ideally suited for the position they were elected to”.

There is, of course, an internal disputes procedure, known as the Independent Oversight Mechanism, but, predictably, it “does not enjoy the full confidence and trust of all staff”.

As a result, there is a general unwillingness to speak openly about or report “alleged impeachable conduct”, especially by elected or senior officials.

The experts’ report is packed with recommendations as to how these failings may be tackled – including a new “judicial council” with the power to discipline judges and elected officials – but an equally pertinent question is how the court deteriorated into such a sorry and unworthy state.

The court’s finances too are precarious. It is facing “a liquidity crisis”, with unpaid contributions by outwardly supportive member states totalling more than €70 million – equivalent to 47 per cent of its 2020 budget.

And as to its current targeting by the Trump White House, the report acknowledges that the threat of US sanctions and its policy of aggressive opposition to the court has hurt morale and affected its credibility – particularly in regions where that credibility was already severely dented.

In that context, this hard-hitting report is a laudable exercise in honesty.

The choice now lies squarely with those at the highest levels in the ICC and with its 123 member states: clean the Augean stables or maintain the status quo and rubber-stamp the “culture of fear”.

Which will happen? Sadly, the jury is out.