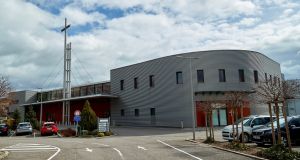 Three days after the Christian Open Door evangelical megachurch’s “week of prayer and fasting” in Mulhouse, eastern France, pastor Samuel Peterschmitt, the organiser of the event, began feeling feverish. He, his six children and 13 grandchildren have all since been diagnosed with coronavirus.

The event ran for five days, from February 17th-21st. The first case of coronavirus, also known as Covid-19, in Alsace was diagnosed in Strasbourg on February 29th. The victim had not attended the 2,500-strong religious gathering, but her two children had accompanied their grandparents. The regional health authority (ARS) missed the clue.

The penny finally dropped on March 2nd, when a solitary inhabitant of Nîmes who drove back alone from Mulhouse tested positive. “Eureka!,” Christophe Lannelongue, an investigator for the ARS told Radio France. “It was the gathering at the Christian Open Door in Mulhouse!”

Even then, authorities believed that only a few hundred of the faithful had been contaminated. It took more than a month for the prayer week to be recognised, in the words of French health minister Olivier Véran, as “the tipping point” of the French epidemic, which by Tuesday had infected 44,550 people and claimed 3,024 lives.

The church gathering was “like an atom bomb that fell on us in February, and we didn’t see it”, Lannelongue continued. “After February 21st [when the gathering ended] people did not know they were infected, because they had few symptoms.”

The Christian Open Door was founded by Peterschmitt and his father in 1989. It has held the week of prayer and fasting annually for the past 25 years. There is no registration, and as the name implies of the church, anyone can enter.

Over five days, 2,500 faithful prayed, sang and danced in the converted supermarket. They embraced each other and held hands. Pastor Peterschmitt stalked the stage, his image projected on a giant screen.

The pastor’s son Jonathan, who is a medical doctor as well as a pastor, now believes the vast majority of 2,500 participants were infected in up to four daily services in the megachurch. “We were immersed in the same culture for a week,” he said. “Same chairs, same toilets . . .”

Another doctor in Mulhouse asked a coronavirus patient if a lot of people were coughing at the gathering. “Yes, most of them,” he answered.

President Emmanuel Macron probably came dangerously close to contracting the virus. Macron made an important speech about “Islamist separatism” in the poor neighbourhood of Bourtzwiller, a few hundred metres from the Christian Open Door, on February 18th, the second day of the gathering.

The French leader did not enter the church, but he and four cabinet ministers shook hands with well-wishers outside for more than an hour. A woman who heads a local association attended a meeting with Macron and shook hands with him. She came down with Covid-19 the following day.

Investigators have not found the patient zero who brought coronavirus to Mulhouse. Several doctors reported seeing patients with symptoms of the disease in January, but realised it only later. Pastor Peterschmitt speculates that Chinese tourists brought the virus to the region’s Christmas markets. One couple were found to have visited northern Italy just before attending the prayer week.

Regardless of how it started, the disease spread like wildfire. The ARS says a nurse in a Strasbourg hospital who attended the gathering contaminated 250 of her fellow medical workers. Outbreaks all over France, in Orléans, Besançon, Saint-Lô, Belfort, Dijon, Mâcon, Agen, Briançon and Paris, have been traced to the Open Door Church in Mulhouse.

Six pensioners from Corsica flew back to Ajaccio, where they infected at least 263 people, of whom 21 have died.

French Guiana, on the northeastern coast of South America, counts 60 evangelical churches for 300,000 residents. Three teachers, a doctor and pastor Gilles Sax flew back to Cayenne on February 25th. On arrival, Sax told Radio France, “I was trembling like a leaf.” In less than a week, all were hospitalised.

Another pastor, Mamadou Philippe Karambiri, from the French-speaking African nation of Burkina Faso, has attended the week of prayer and fasting for 17 years. On returning from Mulhouse, he and his wife thought they had contracted dengue fever, which is transmitted by mosquitos. More than 200 cases have since been identified in Burkina Faso, including four cabinet ministers.

In Mulhouse, the Info chrétienne website published a statement by several dozen pastors and leading parishioners insisting that the epidemic was “not a judgment from God”. But in Guyana, where Christianity is tinged with mystical spirtualism inherited from slaves, preachers said Covid-19 was God’s punishment. “God is not responsible for the pandemic!” the bishop of Cayenne, Monsignor Emmanuel Lafont, insisted on March 23rd.

Pastor Peterschmitt speaks of threats of Kalashnikov shootings of parishioners of the Open Door church, conveyed by social media. “It’s as if we were reliving scenes from the plague in the Middle Ages. I’m sorry to say there is no national unity . . . They must not turn us into scapegoats.”

1 Donald Trump is in trouble, and that could spell very bad news
2 Man airlifted to Dublin hospital after Longford incident
3 O’Doherty and Waters ordered to pay legal costs of case against State over Covid-19 laws
4 House parties are being held ‘with abandon’, Holohan warns
5 Harris rules out early opening of hotels amid easing of lockdown
Real news has value SUBSCRIBE