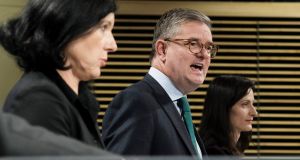 Plans to fine online platforms for failing to act within an hour to take down terrorist-related material is not a case of censorship, EU security commissioner Julian King said.

Mr King was elaborating on proposals to journalists set out in Wednesday’s state of the union speech in Strasbourg by commission president Jean Claude Juncker.

Every internet platform that wants to offer its services in the European Union will be subject to clear rules to prevent their services from being misused to disseminate terrorist content, the commission says.

He said that the UK estimates that the Islamic State group uses up to 400 platforms to upload its material, and warned that every hour it is up counts – some three-quarters of all links to Islamic State content is shared within four hours.

Mr King will propose that platforms take on a new duty of care obligation to ensure they are not misused. If they are shown “systemically” to flout “removal orders” from police or judicial authorities they could be fined up to 4 per cent of their global turnover.

The measure follows some success with a voluntary engagement by the big platforms – covering some 93 per cent of the internet – to a code of conduct that sees most of such material taken down within 24 hours, but a crucial gap remains that the commission is seeking to fill, according to the commissioner.

The initiatives are part of a package also aimed at combating online attempts to interfere in elections in member states and in next year’s European elections.

The commission will assist member states’s electoral and data protection authorities to network and share their experience in blocking the manipulation of private data, in requiring transparency in funding of political advertising online and in enhancing cybersecurity.

The commission also proposes to reinforce the European Public Prosecutor’s Office to assist in dealing with terrorism.

In addition, the commission has also proposed an enhanced role for the European Banking Authority in tackling money-laundering and terrorist financing. It has already taken infraction procedures against several member states for non-implementation of tougher banking rules.