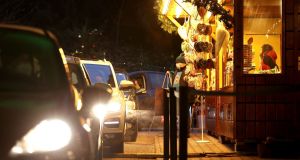 The state at the centre of Australia’s worst coronavirus outbreak has gone 28 days with no new cases of the virus, an enviable record as Tokyo posted its highest one-day number of coronavirus infections to date.

One of the world’s strictest and longest stay-at-home orders enabled Victoria to crush community transmission after a daily peak of about 700 cases in early August.

The success means Australia will be among a handful of western nations that can look forward to Christmas with limited restrictions on family gatherings and what authorities are calling a Covid-normal summer.

Meanwhile the Japanese capital recorded 570 cases one day before a request for bars and restaurants to close early comes into effect.

New infections in New York reached a seven-month high, while hospitalisations rose to their highest level since June. In Europe, the total number of cases in Germany topped one million, and the number of patients in intensive care rose to record levels.

Elsewhere, London will avoid the toughest coronavirus restrictions when England’s partial lockdown ends next week, the number of severely ill French patients in intensive care fell to the lowest level in more than three weeks.

There have been almost 61 million cases of Covid-19 reported across the globe, while 1.4 million people have died from the virus.

Bulgaria surpassed the Czech Republic and Belgium to become the EU country with the highest number of deaths per 100,000 people over the past 14 days, according to data by the European Center for Disease Prevention and Control.

The Balkan country’s prime minister Boyko Borissov, who recovered from the virus two weeks ago, had repeatedly rejected a lockdown until this week. The government ordered a three-week partial closing starting Friday night - schools, restaurants, gyms and shopping centres will be closed, while private events are limited to 15 people.

Tokyo posted its highest one-day number of coronavirus infections to date, with 570 cases recorded, on the final day before a request for bars and restaurants to close early comes into effect on Saturday.

Some of the increase is likely due to a three-day weekend through Monday, which typically delays testing and recording of cases. The seven-day average of cases stands at 411, still lower than earlier in the week. The city also reported the most tests ever conducted in a single day, at almost 10,000.

Severe Covid-19 cases in the capital, which the local government is tracking closely as its yardstick for requesting restrictions on businesses, rose to 61 from 60 the day before.

That vaccine looks like it’s headed for an additional global trial as the drugmaker tries to clear up uncertainty and confusion surrounding favourable results in its current study.

The company wants the new test to confirm the 90 per cent efficacy rate that the shot showed in a portion of an existing trial, CEO Pascal Soriot said. It’s favouring that option rather than adding an arm to a separate study that’s already underway in the US.

Pent-up emotions after eight months of curbs spilled over as people streamed into the palace known as Casa Rosada and police clashed with crowds in and around the Plaza de Mayo.

France’s hospitalisations and virus patients in intensive care continued to fall from their November 16th peak on Thursday, with the number of severely ill patients in ICU at the lowest in more than three weeks, dropping 130 to 4,018.

France is on track for new infections to drop to an average of 5,000 a day in the second week of December, the target set by the government as one of the conditions for lifting lockdown measures, Health Minister Olivier Veran said.

Meanwhile in Italy the number of patients in intensive-care units fell to 3,846, the first decline in seven weeks, and new infections dropped 20 per cent from a week ago, adding to signs that the virus is spreading more slowly in the country.

Over one million cases in Germany

The total number of coronavirus cases in Germany topped one million for the first time Thursday, one day after the government extended a partial shutdown until just before Christmas.

Europe’s biggest economy passed the grim milestone around 10 months after the country reported its first infections. Cases have tripled since the start of October, causing the number of patients in intensive care to climb to record levels. - Bloom