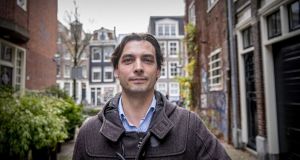 A major clear-out is under way in the Dutch ultra-nationalist party, Forum for Democracy, just 48 hours after its charismatic young founder – widely seen as a potential challenger to Geert Wilders as the voice of the right – resigned in a row over anti-Semitism, racism and homophobia.

Founded in 2016 by 37-year-old Thierry Baudet, the party has been beset from the start by constant infighting, and had, ironically, been planning a revitalised challenge to the Rutte governing coalition in the March general election based on popular scepticism about its handling of Covid-19.

What happened instead was total implosion last weekend – reminiscent of Labour’s row with Jeremy Corbyn in Britain – when members of the youth branch were suspended for unacceptable anti-Semitic messaging, and Mr Baudet, criticised for doing too little too late, was forced to stand down.

Mr Baudet resigned as party chairman on Monday, but the bloodletting continued. On Tuesday, he also stood aside as director of election strategy. And on Wednesday, his closest adviser, Freek Jansen, head of the discredited youth wing, was summarily removed from the party’s election list.

Mr Baudet remains one of Forum’s two MPs and will campaign for re-election. However, the second MP, Theo Hiddema – a lawyer elected in 2017 – added to its woes by announcing his immediate departure, saying his political effectiveness was being compromised by issues of “good taste”.

That stinging comment was seen as a reference to the long-running row over posts by some members of the youth wing on the party’s internal messaging boards – which caused outrage when they emerged in public.

Without rehearsing the offensive comments in detail, some linked Jews and paedophilia, others suggested that Jews forced women “into pornography”, while one observed that “national socialism had the best economic formula ever”.

Rather than denounce the posts, Mr Baudet complained of “trial by media”, announcing an internal investigation while sceptics demanded “a total clear-out of the youth organisation” as far in advance of the election as possible.

It may be too late four months from polling day, however. Deputy chairman Lennart van der Linden will replace Mr Baudet for the transition. Joost Eerdemans, formerly a Rotterdam city executive and MP with the late Pim Fortuyn’s party, is tipped as a possible leader.

Mr Eerdemans will certainly have an unenviable task to live up to Mr Baudet’s formidable self-promotion.

A PhD in history from Leiden University, Mr Baudet once seriously described himself as “the most important intellectual in the Netherlands”, espousing a Trump-style “Dutch First” policy opposed to immigration, the EU and the euro.

His opponents will benefit most from his departure. Mr Wilders will see less chance of the right-wing vote being seriously split. Prime minister Mark Rutte will regard a lone credible right-wing threat from Mr Wilders as business as usual.