Philippines forces Canada to take back its rubbish 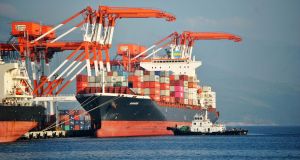 The Philippines has forced Canada to repatriate a large shipment of five-year-old rubbish at its own cost, handing a political victory to President Rodrigo Duterte at a time when southeast Asian countries are increasingly rejecting the foreign waste arriving on their shores.

After an escalating dispute that saw the populist president of the Philippines threaten “war” and withdraw Manila’s ambassador to Ottawa, Canada agreed to bring home the 69 containers of rubbish.

The waste was loaded on to a ship on Thursday at Subic Bay, the former US military base. The ship set sail overnight and Canada said it was expected to reach British Columbia by the end of June.

“The government of Canada is taking all the necessary measures to ensure safe and environmentally sound transport, handling and disposal of the waste in Canada,” a government spokesman told the Financial Times on Friday.

Earlier this week Teddy Locsin jnr, the sharp-tongued Philippine foreign secretary, warned on Twitter that if there were any delays to the process, “I will screw you dry,” adding: “Don’t provoke me.”

The emotive dispute over waste material is part of a widening backlash in southeast Asia, and coincides with a broader push to rein in the global trade in plastic recyclables, which environmental groups say has been abused by exporters, importers and officials in the countries receiving the rubbish.

This week, Malaysia said it was returning 3,000 tonnes of unrecyclable waste to the US, Canada and Saudi Arabia. “Garbage is being traded under the pretext of recycling,” said Yeo Bee Yin, the Malaysian environment minister.

The Canadian rubbish, shipped to the Philippines in 2013-14 by a now-bankrupt private company, was labelled as goods for recycling, but included low-grade plastic, diapers and electronic and medical waste, according to campaigners.

“What we are getting is the detritus of the waste industry of other countries,” said Lea Guerrero, country director for Greenpeace in the Philippines.

Ottawa had formerly said it wanted to ship back the waste by the end of June. However, Duterte wanted it out sooner, and was prepared to pay to ship it across the Pacific and would dump it in Canadian waters if necessary. Civil society groups had been pressing their government to take action for years, and picketed Canada’s embassy in recent weeks.

About 50 environmental activists who have been pressing for action for years gathered at Subic on Thursday to “bid the rubbish farewell”, carrying a replica of a red shipping container emblazoned with the words “Good riddance!”

“It has been nearly six years we have been waiting for this to happen,” Aileen Lucero, national co-ordinator of the EcoWaste Coalition, said by telephone.

Activists believe the high-profile case represents a fraction of the refuse being sent to the Philippines and other southeast Asian countries. “Our groups think this is the tip of the iceberg,” said Guerrero. “There are a lot of other cases we don’t know about.”

Some Filipinos believe Duterte took up the cudgel on the Canadian waste because Canada’s prime minister Justin Trudeau has criticised his human rights record. It could also be a useful diversion from criticism that he is too soft on China.

Duterte made his remarks about “war” shortly before flying to Beijing in April for a conference on the Belt and Road Initiative where he signed more than a dozen business deals.

“He is under intense criticism for his policy on China, so maybe this will appease criticism, by standing up to the West in particular,” said Von Hernandez, global co-ordinator of Break Free from Plastic, one of the non-governmental organisations that pushed Canada to take back the rubbish.

Other countries are cracking down on imports of plastic waste, including Thailand, which plans to ban foreign plastic scrap imports by 2021. China was previously the world’s biggest importer of plastic waste until a ban in early 2018 sent much of the material flooding into southeast Asia instead.

While some plastic scrap has commercial value – it can be recycled into plastic pellets for which there is a market – shipments of “mixed plastics” often contain contaminated material that is not economically viable to recycle, and ends up being incinerated or dumped in landfills.

The growing concern over ocean plastics, combined with the surge of plastic waste into countries that lack the capacity to process it, has led to a push to tighten restrictions on the global trade.

Earlier this month, plastic waste was added to the list of controlled substances governed by the Basel Convention, the UN accord governing trade in toxic waste, which will greatly curb the global trade in plastic when the provision takes effect in January 2021.

The new rule, proposed by Norway, will effectively ban the US, one of the world’s largest waste producers that is not a signatory to the agreement, from exporting any plastic scrap to countries covered by the ban.

“You’re talking about mountains and mountains of waste that will now be restricted,” said Jim Puckett, head of the Basel Action Network, a non-profit that lobbied in favour of the new rule. “Now recyclers, if they want to export, will have to sort everything.” – Copyright The Financial Times Limited 2019